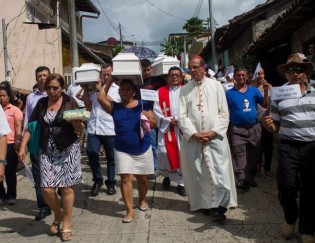 By Edgardo Ayala
Rural communities and social organisations in El Salvador agree that the lack of specific laws is one of the main hurdles to resolving disputes over water in the country.