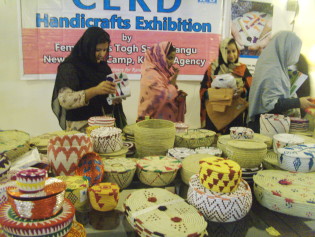 By Ashfaq Yusufzai
Farhat Bibi, 43, was left to fend for her three young sons after her husband was killed in a bomb attack in Pakistan’s Federally Administered Tribal Areas (FATA) three years ago. A few days later, she landed at a camp for people displaced by violence. “The camp proved to be a blessing in disguise,” she says.

By Ashfaq Yusufzai
The deaths of 20 children in an outbreak of measles in Pakistan’s Federally Administered Tribal Agency (FATA) are raising concerns over the state of immunisation in the conflict-ridden areas along the Afghanistan border.

By Ashfaq Yusufzai
With no money to see a doctor, Gul Lakhta,50, had resigned himself to blindness when a ‘mobile hospital’ drove into his village in the Bajaur Agency of the Federally Administered Tribal Areas (FATA), on Pakistan’s rugged border with Afghanistan.
ADVERTISEMENT ADVERTISEMENT