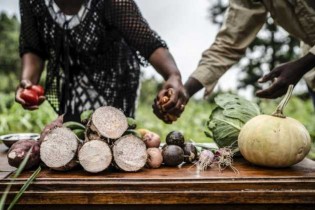 COVID-19 has had a devastating impact on people with obesity and noncommunicable diseases such as diabetes. The pandemic has underlined the importance of the food environment and healthy food intake. It has shown the urgent need for effective policies to make sure that everyone can get enough nutritious food – and particularly in sub-Saharan Africa.

By Mavis Mavis Owureku-Asare
When it comes to food security, the challenge is not always about producing more - it’s also about quality: producing food that is wholesome and preserved safely.