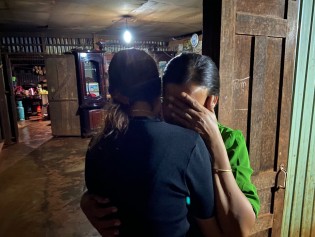 By Michelle Tullo
Amidst intensifying concern over the fate of more than 200 girls abducted by a radical Islamist group in northern Nigeria, at least 100 representatives of various activist groups Tuesday pressed the U.S. Senate to approve legislation designed to prevent and respond to violence against women and girls and discourage child marriages around the world.
ADVERTISEMENT ADVERTISEMENT