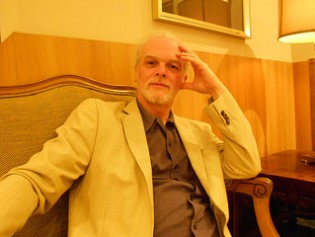 By Fabíola Ortiz
It has been three years since the nuclear accident in Fukushima, Japan. But the consequences are still ongoing due to continuous leaks of radioactivity into the environment, says independent nuclear energy consultant Mycle Schneider.

By Suvendrini Kakuchi
This April, a small rice paddy field in Minami Sanriku, destroyed by the massive earthquake and tsunami last year in Japan, provided one of its most fertile yields yet - bringing hope and joy to the devastated local community.

By Suvendrini Kakuchi
For the past two decades Masao Ishiji (59), has been fighting tooth and nail to ban the operation of four nuclear reactors that dot the western coastline of Oi in the Fukui prefecture facing the Japan Sea.

By Suvendrini Kakuchi
Japan’s nuclear power industry, which once ignored opposition, now finds its existence threatened by women angered by official opaqueness on radiation from the Fukushima Daiichi nuclear plant after it was struck by an earthquake- driven tsunami on Mar. 11.
ADVERTISEMENT ADVERTISEMENT