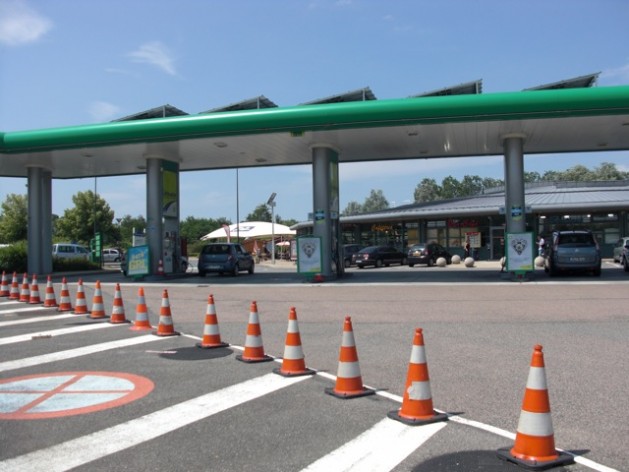 PARIS, May 14 2012 (IPS) - As France’s president-elect Francois Hollande prepares to form a new government, many environmentalists are calling for the appointment of an ecology minister with real power who can deliver on promises to reduce the use of nuclear power as well as cut carbon emissions.

“We want a strong minister – one that will have energy as part of his portfolio,” said Marc Mossalgue, a spokesman for Climate Action Network France (RAC-F), which groups non-governmental organisations concerned with climate change and environmental protection.

Mossalgue told IPS in an interview that NGOs want to see a “clear mandate” so that the ecology minister won’t be overshadowed by his counterparts in the industry and economy sectors.

“The challenges demand … that the future minister also be able to address housing, transportation and energy issues to be effective.” Mossalgue said ahead of Hollande’s inauguration on Tuesday.

The former ecology minister, Nathalie Kosciusko-Morizet, had limited authority in the administration of president Nicolas Sarkozy, who Hollande defeated in runoff elections on May 6. Decisions on energy then were largely in the realm of the Industry Ministry, which often had the final say, according to political observers.

“Kosciusko-Morizet was never able to live up to her own convictions. She chose the wrong side, and too bad for her,” said Joël Vormus, energy and environment project manager for the Comité de Liaison Energies Renouvelables (CLER), a non-governmental network of more than 200 professionals throughout France.

“The first promise we want to see Hollande keep is the holding of a public debate on the future of energy policies in France,” he told IPS. “It was never subjected to public debate and all NGOs are waiting for this to happen.”

Hollande, a socialist, says he will close France’s oldest nuclear plant, the two-reactor, 35-year-old plant at Fessenheim in north-eastern France; but that wouldn’t be until the end of his first term in 2017.

He also proposes to cut the amount of electricity generated from nuclear power in France to 50 percent from the current 75 percent, by 2030. This would mean closing half of the country’s 58 reactors.

Alongside these goals, Hollande has also said he wants to cut carbon emissions by 30 percent by 2020, which would be 10 percent higher than the European agreed objective.

“This is an ambitious goal, but it’s not unrealistic,” Vormus told IPS.

Other energy experts do not expect much to change in the short-term, however, because of the huge costs involved in moving to renewables and the spectre of higher electricity bills for consumers amid the present economic crisis.

“Over the next five years we wouldn’t expect to see very much change,” says Dr. Roy Cameron, head of the nuclear development division in the Nuclear Energy Agency of the Organisation for Economic Cooperation and Development (OECD).

“Nuclear will continue to be a very significant contributor in the energy mix,” he told IPS. “In terms of basic issues of the interaction of nuclear and renewables, countries like France have to work out how capable they are of dealing with the increased costs that will come from any move to renewables and whether they are ready to impose hikes in electricity prices as is happening in Germany, for instance.”

The French Electricity Union (UFE) released a report last November saying that cutting nuclear energy use to 50 percent would necessitate an extra 60 billion euros in investments to meet projected electricity demand, and would increase carbon emissions by around 30 percent and cause electricity prices to rise by some 50 percent.

NGOs measure the monetary costs against the “grave and irreversible consequences for man and the environment” that could come from one accident at a nuclear plant, to use the words of Kosciusko-Morizet following the Fukushima disaster in Japan last year.

“That’s obviously an argument that can be made, but the accident in the world that’s killed the most people has been a dam collapse and not a nuclear plant,” said Cameron, referring to a 1975 dam burst in China in which an estimated 30,000 people perished and thousands more died in resulting epidemics.

“On any comparative basis … the health impacts are always much lower in nuclear than in other technologies,” he added. “That’s without dismissing the real costs related to relocation, loss of income or other issues in a nuclear accident.”

Cameron said that OECD studies have shown that governments and consumers are most concerned about “security of supply” when it comes to providing energy.

“Citizens are not happy if they turn on the light and it doesn’t come on or if they put on the shower and it’s cold water,” he told IPS. “Security of supply is often the issue we’ve found in our studies that motivates governments more. Climate change policy is secondary to security of supply.”

He said that the new French government will have to decide how much it can “take on board a climate change goal without affecting security of supply while ensuring affordability.”

Even if Fessenheim does close, Hollande has already agreed to the completion of a controversial third- generation reactor being built at the Flamanville Nuclear Power Plant in northwestern France, and he hasn’t indicated where he stands on the construction of another reactor at Penly.

The Flamanville 3 EPR (European Pressurised Reactor) will have greater power-generating capacity than Fessenheim, which means the country’s nuclear status quo will be kept for some time, analysts say.

“The number of reactors will stay the same for now,” says Pierre Terzian, editor and publisher of Petrostrategies, an international energy newsletter. “But Hollande will definitely invest more in renewables, probably encourage energy efficiency and probably not authorise the building of new nuclear plants.” (END)