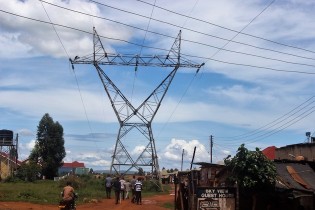 By Fabíola Ortiz
Brazil has continued to develop nuclear energy despite the costs involved and the fact that the industry will never account for more than a small portion of the country’s energy production.

By Jim Lobe
The administration of President Barack Obama should put more emphasis on diplomacy in its quest for a satisfactory resolution of Iran’s nuclear programme, according to a major new report released by The Iran Project.

By Jim Lobe
Despite an agreement between Iran and the five permanent members of the U.N. Security Council plus Germany (P5+1) to resume long-delayed talks about Tehran’s nuclear programme in Kazakhstan at the end of this month, few observers here believe that any breakthrough is in the offing.

Bangladesh Must Pause Down the Nuclear Path

By Peter Custers
Few critical questions have been raised so far by Bangladesh’s intellectual community over the deal towards construction of two nuclear power plants in Rooppur, 180km from capital Dhaka.

Azerbaijan and Israel: The Enemy of My Enemy Is My Friend

By Shahin Abbasov
As the showdown over Iranian nuclear ambitions intensifies, political analysts in Azerbaijan are urging the government to deepen the country's ties with Israeli and Western security structures.

By Gareth Porter
The failure of a mission by the International Atomic Energy Agency (IAEA) to get Iranian permission to visit a military testing site mentioned in its latest report has been interpreted in media coverage as a stall to avoid the discovery of confirming evidence of past work on nuclear weapons.

By Jim Lobe
A significant gap between the administration of U.S. President Barack Obama and staunchly pro-Israel majorities in both houses of Congress appears to have emerged over what to do in reaction to Tuesday's report by the International Atomic Energy Agency (IAEA) on possible military applications of Iran's nuclear programme.

By Gareth Porter
The report of the International Atomic Energy Agency (IAEA) published by a Washington think tank Tuesday repeated the sensational claim previously reported by news media all over the world that a former Soviet nuclear weapons scientist had helped Iran construct a detonation system that could be used for a nuclear weapon.

By Barbara Slavin
A new report on Iran's nuclear programme provides substantial evidence that Iran carried out extensive research into how to make a nuclear weapon prior to 2003 but is shaky about how much work has continued.
ADVERTISEMENT ADVERTISEMENT