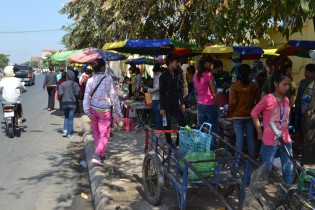 By Michelle Tolson
As one of the world’s 48 least developed countries (LDCs), Cambodia is afforded the most beneficial trade ranking to the European Union (EU) under the generalised scheme of preferences (GSP) known as the Everything But Arms (EBA) scheme.

By Eva Bartlett
"Gaza's economy is expected to grow modestly and people will likely still be worse off in 2015 compared to the mid-1990s," reads a press release announcing the United Nations' August 2012 report, ‘Gaza in 2020 – A Liveable Place?’
ADVERTISEMENT ADVERTISEMENT