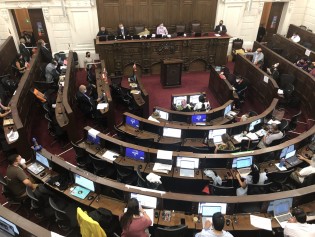 By Stella Paul
Kumaribai Jamkatan, 51, has been fighting for women’s land rights since 1987. Though the constitution of India grants equal rights to men and women, women first started to stake their claim for formal ownership of land only after 2005–the year the government accorded legal rights to daughters to be co-owners of family-owned land.

By Geneviève Lavoie-Mathieu
There is a new dimension to the issue of malnutrition – governments, civil society and the private sector have started to come together around a common nutrition agenda.
ADVERTISEMENT ADVERTISEMENT