In this column, Karine Jacquemart, Forest Project Leader for Africa at Greenpeace International, and Anuradha Mittal Executive Director of the Oakland Institute, argue that the land rush unleashed around the world to own and exploit Earth’s natural bounty is not only fierce and unfair, but increasingly fatal, with lands, homes and forests bulldozed and cleared for foreign investors and livelihoods shattered.

PARIS/OAKLAND, California, May 11 2015 (IPS) - In our work at Greenpeace and the Oakland Institute around access and control over natural resources, we face constant accusations of being anti-development or “Northern NGOs who care more for the trees”, despite working with communities around the world, from Cameroon, to China, to the Czech Republic. 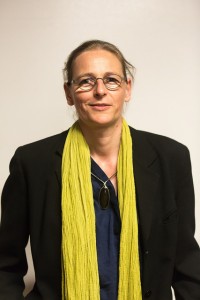 This name calling, aimed at discrediting struggles for land, water, and other natural resources in the Third World countries, hides an ugly truth.  The land rush unleashed around the world to own and exploit Earth’s natural bounty is not only fierce and unfair, but increasingly fatal.

Recent reports, including a Global Witness report titled ‘How many more?’ released in April 2015, document the increase in the assassinations of land and environmental activists globally – a shocking average of over two a week in 2014.

As individuals and groups in the frontline of struggles face intimidation, arrests, disappearances, and even death, it is an ethical imperative to support the struggles of the grassroots land defenders against corporations and governments. This is what unites organisations like Greenpeace and the Oakland Institute.

Over the last decade, an estimated 200 million hectares – an area five times bigger than California – has been leased or purchased throughout the world, through completely opaque deals in most cases.

Natural resources in Africa are some of the most sought after, hence the fact that Africa experiences more than 70 percent of the reported land deals. 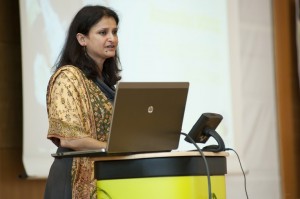 Multinational companies with assistance from powerful partners – the World Bank Group and G8 “donor” countries – are moving in, chanting their “development” formula: facilitate foreign investment through large-scale land acquisitions and mega-projects to ensure economic growth which will trickle down to translate into development for all.

Our work reveals a very different and worrying reality on the ground. Local communities and indigenous peoples report lack of consultation; their lands, homes and forests bulldozed and cleared for foreign investors; their livelihoods shattered.

As one villager in the Democratic Republic of the Congo said, “I want to remain a farmer on my land, not a daily worker depending on a foreign company”, or in the words of a Bodi chief in Ethiopia, “I don’t want to leave my land. If they try and force us, there will be war. So I will be here in my village either alive on the land or dead below it.”

They, and countless more, are victims of the theft of natural resources, made invisible and voiceless by those who define what development looks like.

“As individuals and groups in the frontline of struggles face intimidation, arrests, disappearances, and even death, it is an ethical imperative to support the struggles of the grassroots land defenders against corporations and governments”

As if destruction of lives and livelihoods were not enough, those who resist are harassed, even face violence, by governments and private companies.

A planned palm oil plantation by the U.S.-based Herakles Farms in Cameroon threatens to evict thousands of people off their land and destroy part of the world’s second largest rain forest.

The company’s former CEO, responding to criticism of the project, said in an open letter: “My goal is to present HF for what it is – a modestly-sized commercial  oil  palm  project  designed  to  provide employment and  social  development and improve  the  level  of  food  security, while incorporating industry best practices.”

What he failed to mention is how a Cameroonian activist, Nasako Besingi, who heads a local NGO, The Struggle to Economize the Future Environment (SEFE), learnt first-hand the consequences of opposing the project. Arrested in 2012 for planning a peaceful demonstration in Mundemba, Nasako and two of his colleagues languished in a jail for several days.

Soon after his release, while touring the area with a French television crew, he was ambushed and assaulted by men he recognised as employees of Herakles Farms. Instead of protection from this violence, Nasako and SEFE face legal battles, including one of the favorite corporate tactics – a defamation lawsuit, intended to intimidate him and the others who oppose.

Privatisation of land and theft of natural resources will be irreversible and will put people, forest, ecosystems and the climate at risk, if it goes unchecked. The time is now to choose a development path that prioritises people and the planet over profits for the rich. (END/COLUMNIST SERVICE)