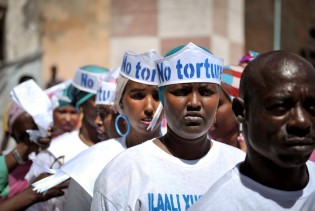 By Thalif Deen
The United Nations will commemorate Human Rights Day next week amidst charges the world body is unilaterally proposing drastic changes to working conditions and salaries of staffers without due consultation - and in violation of their basic rights.

By Fabíola Ortiz
The number of femicides – gender-related murders – in Brazil has reached civil war-like proportions. In just 10 years 40,000 women were killed in this country merely for being women.
ADVERTISEMENT ADVERTISEMENT