By Roberto Savio
In 1979, I had a debate at the United Nations with the late Stan Swinton, then the very powerful and brilliant director of Associated Press (AP). At one point, I furnished the following figures (which had been slow to change), as an example of Western bias in the media:
ADVERTISEMENT ADVERTISEMENT 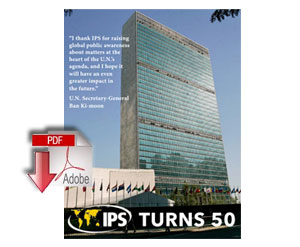