This is the second in a series of special articles to commemorate the 50th anniversary of IPS, which was set up in 1964, the same year as the Group of 77 (G77) and UNCTAD.

WASHINGTON, Aug 25 2014 (IPS) - Where have all the flowers gone? Yes, of course, those are the opening words of a beautiful song made famous by such illustrious singers as Joan Baez, Harry Belafonte, Vera Lynn and the Kingston Trio, among others. It was a great number made greater by the different styles in which singers of different musical temperaments belted it out.

But what has that got to do with a news and feature service – Inter Press Service — which has survived in a relentlessly competitive field and become internationally known as the voice of the underdog?

IPS not only reflects (in its coverage) the realities of the “other.” It is actually part of the other.

The flowers in the song whose first few verses were written by Pete Seeger have gone to their graveyards. Similarly, non-traditional news services, news magazines, features services, and other innovative and non-traditional purveyors of information and opinion have sprouted like seasonal flora only to disappear – presumably on their way to that great big information graveyard in the skies.

Numerous efforts have been made by information entrepreneurs, journalists, publishers, and others to create a lasting and relevant instrument of communication different from those already well established, but most have failed. Some have frayed, withered and died faster than one can say Rabindranath Tagore.

That is an exaggeration, of course. (It’s early in the morning as I write, when exaggerations come faster than ideas.) In more prosaic terms, many such efforts, launched with great enthusiasm and hope, have faltered and flopped.

A few have survived, demonstrating that given the right circumstances and resources, alternative forms of dissemination can survive and flourish. Prominent among them is Inter Press Service, much better known by its shortened form, IPS.

The story goes that several years ago a messenger in a South Asian capital entered the office of a newspaper publisher to announce that “a gentleman from IPS is waiting to see you.” The publisher, already overloaded with tasks, each of them potentially a crisis, growled in reply: “Why would I want to meet somebody from the Indian Postal Service. Those buggers can’t even deliver a letter to the address clearly written on the front of an envelope.” 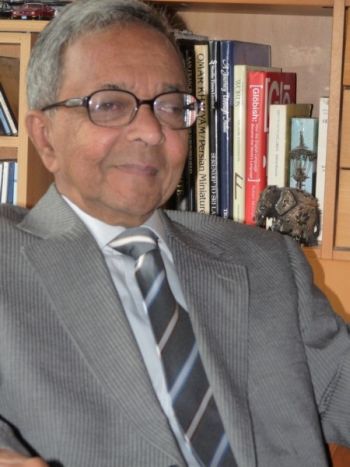 Irritated by now to a point dangerously close to incipient apoplexy, the publisher looks as if he is going to burst like an over-inflated balloon when the peon announces:. “Sir, he is from Inter Press Service.”

Calm is restored. The danger of an apoplectic outburst passes on like a potential monsoonal shower that turns out to be not even a drizzle. The publisher composes himself and wears his welcoming look. The peon is instructed to let the visitor in and also order up some tea for him.

The representative of Inter Press Service (now internationally known and recognised as IPS) comes in and is welcomed in a businesslike fashion, but with obvious warmth. And well he should be, for IPS was and continues to be like a breath of fresh air entering a room whose windows have rarely been opened.

For many years, representatives of developing country media (this writer among them) complained bitterly at regional and international conferences that circumstances compelled them to publish or broadcast news and views about their own countries, towns and villages, and people – people, for goodness sake – written by strangers in far-off lands, many of whom had never visited the countries they were writing about.

They had no hesitation in writing, broadcasting or publishing advice on how such countries should be organised and governed.

Several efforts were made to correct this imbalance but nobody seemed able to design the appropriate model. Gemini news service? Gone. Lankapuvath? Reduced to the level of a government gazette. Depth News? Up there with the dodo. Pan Asia News? Difficult to locate even through the internet. Then,  IPS came along.

The founders of IPS dealt with reality, as IPS does even today, not with slogans. Politicians and political journalists could play around all they wanted with  a “new international information order” or whatever their pet formulation might be.

IPS would, instead, attempt to service media outlets, print and electronic, with material written by journalists mainly from the South writing about the South from the South. Authenticity, thus, is a key IPS strength.

Even in its U.N. Bureau which is not country specific but, in effect, covers the world,  the rich flavour of internationalism is seamlessly combined with national concerns of small and powerless countries. whose interests are insouciantly ignored by the  maharajahs of international news dissemination.

IPS is different. It is authentic, as already pointed out. It is also down-to-earth and makes a strenuous effort to cover events, processes and trends emanating from developing countries and intertwined with the interests of those countries – and their peoples.

Contemporary history has demonstrated that failure to identify those interests and meet them leads to societal disequilibrium, dysfunctional politics, and disjointed economic development.

Thus, IPS not only reflects (in its coverage) the realities of the “other.” It is actually part of the other, bringing to the attention of audiences, readerships, and so on, activities – or lack of opportunities for activities – that go to the very heart of human development.

IPS is capable of functioning as both a catalyst and monitor of development. Other efforts to create and nurture such an institution have failed, mainly because they lacked high professional standards as well as funding.

The standards side has now been well established and IPS is not merely “recognised” but has won prestigious awards for the style, content, and relevance of its coverage. Often, it covers the stories that should be covered but are ignored by media maharajahs.

This effort has continued for 50 years. Can IPS continue to survive and thrive? It could and should – but only if it has the resources required.  Even the most exquisite bloom cannot survive unless it receives the tender loving care it deserves.

IPS is too critically important a media institution to be allowed to languish for want of resources. Moolah should not trump media relevance.

Ernest Corea is a former editor of the Ceylon Daily News, and more recently, Sri Lanka’s Ambassador to the United States.

The first article in this series can be read here.