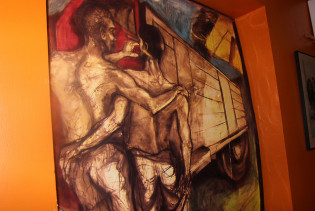 By Zofeen Ebrahim
The cost of doing business in Pakistan’s southern port city of Karachi is steep. Surviving the climate of impunity now requires more than bags of protection money – it also calls for a stoutness of heart.

By Zofeen Ebrahim
Climate proofing this bustling port city is a daunting task for planners who must consider factors ranging from proneness to flooding and administrative malaise to the fact that 60 percent of its 18 million people live in slums.
ADVERTISEMENT ADVERTISEMENT