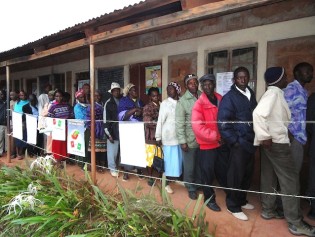 By Miriam Gathigah
With Kenyans set to go to the polls in just over two weeks, on Mar. 4, civil society has been closely monitoring the media’s coverage of the political campaigns in this East African nation – and they have found them wanting.

By Peter Kahare
Several years ago, Lakes Kamnarok and Ol Bollosat in Kenya were vibrant water bodies that supported and shaped the ecosystems around them. But today they are shells of their former selves, due to heavy siltation caused by human activities.
ADVERTISEMENT ADVERTISEMENT