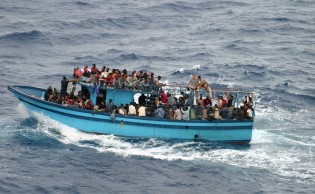 By Geneviève Lavoie-Mathieu
With Italy having taken over presidency of the European Union (EU) until December 2014, questions remain regarding Europe’s migration policies as reports of migrants dying at sea while trying to reach Italy regularly make the headlines.
ADVERTISEMENT ADVERTISEMENT