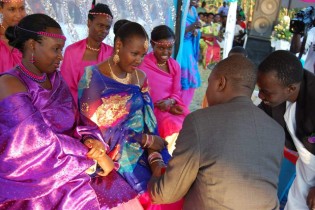 By Zak Brophy
One couple’s modest marriage in Lebanon has catapulted them into media limelight and sparked a national debate pitting the Prime Minister against the President while eliciting stern condemnation from leading religious figures. Their union is both exceptional and controversial - it is the first civil marriage in the country.
ADVERTISEMENT ADVERTISEMENT