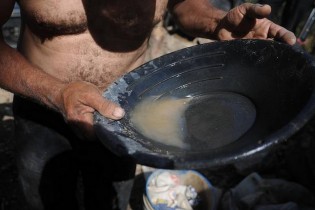 By Emilio Godoy
Latin America is not taking the new global agreement to limit mercury emissions seriously: the hazardous metal is still widely used and smuggled in artisanal gold mining and is released by the fossil fuel industry.
ADVERTISEMENT ADVERTISEMENT