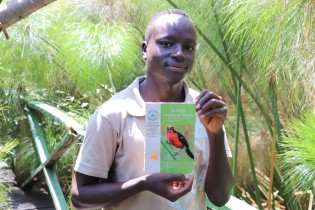 By Prossy Nandudu
Until last month, Allen Nambozo's only source of income was the cabbages, carrots and bananas she grew along the slopes of Uganda’s Mount Elgon in the eastern district of Bulambuli.

By Amy Fallon
Olga Mugisa, 11-years-old, takes to the microphone in front of her peers, the Ugandan flag proudly draped behind her and green plants framing the stage. She has an important message to share with her fellow students: “If you cut one, plant two.”
ADVERTISEMENT ADVERTISEMENT