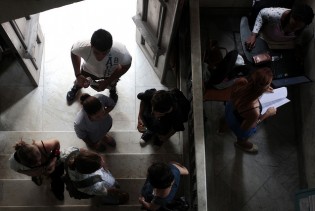 By Jasmin Ramsey
While the U.S. and Iranian heads of state have yet to meet, the 68th session of the United Nations General Assembly may mark a new era between the two countries.

By Jim Lobe
For the first time in many months, supporters of intensified diplomatic engagement with Iran appear to be gaining strength here.
ADVERTISEMENT ADVERTISEMENT