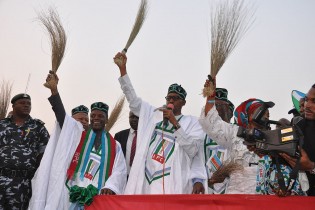 By Jim Lobe
Defence establishments around the world increasingly see climate change as posing potentially serious threats to national and international security, according to a review of high-level statements by the world’s governments released here Thursday.

By Thelma Mejía
The doctrine of national security imposed by the United States on Latin America, which fostered the dictatorships of the 1970s and 1980s, is making a comeback in Honduras where a new law is combining military defence of the country with police strategies for maintaining domestic order.
ADVERTISEMENT ADVERTISEMENT