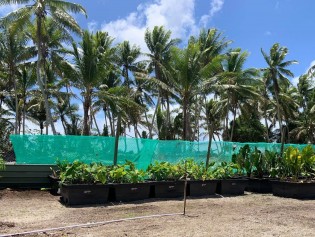 By Catherine Wilson
The indigenous struggle for liberation in West Papua on the western half of the island of New Guinea in the south-west Pacific, with the loss of thousands of lives, is far from ending. But, despite political uncertainties, a united coalition of pro-independence leaders has reignited hope of freedom by galvanising the support of a Pacific Islands inter-governmental organisation.

By Catherine Wilson
Women face greater odds in achieving equal political representation in the Pacific Islands than in any other region of the world, holding just 3 percent of seats in national parliaments, compared to 20 percent in Sub-Saharan Africa and 18.5 percent in South East Asia.

By Catherine Wilson
Leaders of 15 Pacific Island nations have pledged to remove barriers to women’s economic empowerment, end violence against women and pave the way for their increased political representation, at the conclusion of the 43rd Pacific Islands Forum in Rarotonga in the Cook Islands, last week. The meeting was also attended by the Executive Director of UN Women, Michelle Bachelet.
ADVERTISEMENT ADVERTISEMENT