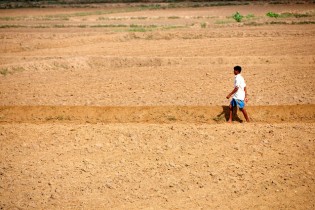 By Amantha Perera
Wild elephants are usually the primary attraction in the remote shrub jungles of Udawalawe, about 180 kilometres southeast of Sri Lanka’s capital Colombo. But this Christmas season, the massive Udawalawe dam stole the limelight from the lumbering beasts.
ADVERTISEMENT ADVERTISEMENT