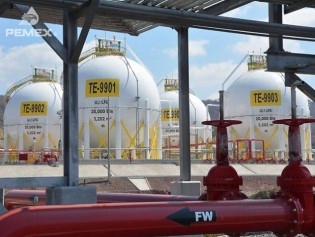 By Emilio Godoy
As Mexico moves towards a controversial reform that would be the largest opening of the oil industry to foreign investors in decades, local communities and non-governmental organisations are fighting in court against earlier contracts with foreign companies, which have been possible since 2008.

By Emilio Godoy
Fed up with oil spills from facilities belonging to Mexico’s state oil company Pemex, residents of two communities in the southeastern state of Tabasco are taking the country’s largest company to court in a bid for compensation for damage to the environment and agriculture.

By Emilio Godoy
Mexico plans to expand shale gas exploration this year, but it could run into a shortage of water, which is essential to hydraulic fracturing or fracking, the method used to capture natural gas from shale rocks.
ADVERTISEMENT ADVERTISEMENT