MEXICO CITY, May 16 2013 (IPS) - Fed up with oil spills from facilities belonging to Mexico’s state oil company Pemex, residents of two communities in the southeastern state of Tabasco are taking the country’s largest company to court in a bid for compensation for damage to the environment and agriculture.

The people of Cunduacán and Huimanguillo, which have a combined population of 300,000, will present a class action lawsuit against Pemex in June. 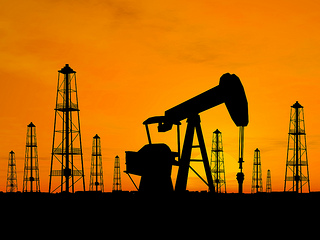 “There have been several harmful effects; we have carried out tests on soils, sediments and water and we are about to receive the results,” Marisa Jacott, the head of Fronteras Comunes (Common Borders), an environmental NGO, told IPS.

Mexico’s 2011 Class Action Law allows individuals and the federal consumer protection agency to sue state and private companies. However, the law does not provide for reparations.

The oil industry has been active in Tabasco since the early 1950s, and expanded there from the 1970s onwards with the construction of petrochemical plants, pipeline networks and storage facilities, sparking an economic boom.

But the boom did not result in benefits for the local communities. Instead, the oil industry displaced traditional activities like banana farming and cattle ranching.

The oil industry is active in 13 of Tabasco’s 17 municipalities, producing 500,000 barrels per day (bpd) – of a national total of 2.5 million bpd – according to the Mexican Petroleum Institute (IMP).

“There is environmental pollution and crop destruction, and there are soils that have lost their fertility. This means that harvests are not as abundant as they were before,” Lorena Sánchez, head of the Tabasco Human Rights Committee (CODEHUTAB), an NGO that has received complaints from local people about these problems, told IPS.

“It has affected people’s diets and caused respiratory health problems as well as blood and skin diseases,” she said.

Since 2011, CODEHUTAB has brought four lawsuits to the federal environmental protection agency, PROFEPA, that have resulted in fines for Pemex, but not in reparations for victims in local communities.

The most recent case, this year, was related to seven gas flares burning in the municipality of Paraíso, where CODEHUTAB took blood samples from 50 children between the ages of seven and 15. Ten percent of the samples had chromosome alterations, linked by the epidemiologists to oil industry activity.

PROFEPA estimates there are an average of 20 crude spills a year in Tabasco. Between 2008 and 2012, the environment ministry recorded 102 sites contaminated by environmental emergencies in the country caused by Pemex, including three in Tabasco.

In addition to Tabasco, the eastern and southeastern states of Veracruz, Tamaulipas, Hidalgo and Puebla and the highways connecting them to Mexico City are regarded as vulnerable to oil industry activity.

The oil industry in this region produces pollution with heavy metals, ozone, sulphur dioxide, nitric oxide, volatile aromatic compounds like benzene, hydrogen sulphide, salts, ammonia, cadmium and acids, all of which are harmful to the environment and human health, the NGOs complain.

Manuel Pinkus-Rendón and Alicia Contreras, academic researchers at the Autonomous University of Yucatán, concluded in a study published last year that “the social and environmental fabric of Tabasco reflects a regional development potential considerably below that which existed over 60 years ago, as a result of environmental degradation.”

For their study “Impacto socioambiental de la industria petrolera en Tabasco: el caso de Chontalpa” (Social and environmental impact of the oil industry in Tabasco: The case of Chontalpa), the authors interviewed 200 residents of four towns in the municipality of Cárdenas, 65 percent of whom expressed negative views about oil industry activity, especially because of the pollution and destruction it causes.

“It is a case that has not been addressed. We want the judges to have the fewest possible reasons to reject it,” said Jacott, of Fronteras Comunes.

In April, the local residents presented a complaint to the National Commission on Human Rights. In 2004 they had filed a legal complaint against Pemex in the attorney general’s office, but it went nowhere.

The environmental organisations and local residents have spent two years building their case. The next step will be legal action over damage suffered in the adjacent state of Veracruz, another major oil-producing region.

“We want them to take the required preventive measures. All Pemex does is supposedly carry out remediation of the damage, but it does not invest in maintaining the pipelines and guarding the area,” CODEHUTAB’s Sánchez complained.

The organisations are asking for an assessment of the state of ecosystems in Tabasco, and the dissemination of Pemex’s policies and guidelines for preventing leaks, addressing environmental contingencies and cleaning up polluted sites.

They are also calling for the gradual replacement of fossil fuels with alternative energy sources, as well as regular measurements of the main atmospheric pollutants in affected areas.