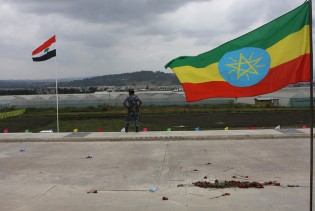 By Sussan Tahmasebi
While enjoying unprecedented successes in international relations, Iranian President Hassan Rouhani seems to be suffering a stalemate when it comes to building trust and cooperation between different factions in the Iranian state. As a result, he seems plagued by continuous human rights disasters at home, while issuing no public condemnations.

By Alexandra Di Stefano Pironti
If the caste system existed in Indonesia the 10 elderly people who live in Jakarta's Kramat Street would surely be untouchables: for decades they and their families have been banned from jobs and access to education and, until 2005, their identity cards marked them as former political prisoners.
ADVERTISEMENT ADVERTISEMENT