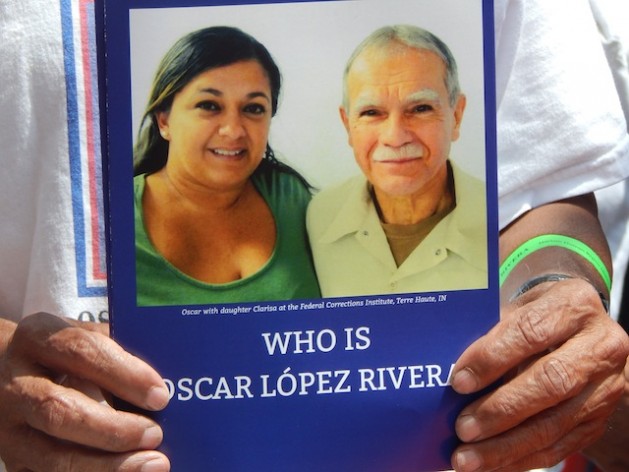 Born in 1943 in San Sebastián, Puerto Rico, Rivera moved to Chicago at the age of 14. A veteran of the Vietnam War, he was decorated with the Bronze Star for ‘courage and valor’ and honorably discharged in 1967. Credit: Kanya D’Almeida/IPS

NEW YORK, Jun 1 2015 (IPS) - Children in strollers held placards. Those unable to make it into the streets leaned out of high-rise apartment building windows, shouting support to the river of protestors below. For hours, several city blocks became a mass of red and blue, as scores of people waved the national flag of Puerto Rico. One name was on everyone’s lips, but the cause was broader than a single man.

On Saturday, May 30, close to 4,000 people marched through New York City’s East Harlem demanding the release of Oscar López Rivera, a 72-year-old Puerto Rican activist currently serving out his 34th year in prison.

He was convicted for seditious conspiracy in 1981 and sentenced to 55 years. He is one of the longest held political prisoners in Latin America.

His supporters – who span the globe and number in the millions – run the gamut from community organisations to Nobel laureates. They are petitioning U.S. President Barack Obama to order Rivera’s immediate release on the grounds that he was imprisoned solely for his work as an activist and organizer – and has never been charged with any violent crime.

Other members of the Armed Forces of National Liberation (FALN) – a political formation dedicated to winning independence for Puerto Rico – arrested alongside Rivera in the 1980s, have since been released after being granted clemency by former president Bill Clinton in 2001.

Given that Puerto Rican communities in the U.S. constitute a significant electorate in certain key states, Obama’s decision could well influence the outcome of the 2016 U.S. presidential race.

To the hundreds of faith, labour, community and civic organisations behind Saturday’s march, Rivera’s continued imprisonment is not simply a violation of an individual’s right to free speech and assembly, it is a “betrayal of democracy”.

If Rivera serves out his entire sentence, he will be 84 years old by the time he is released. 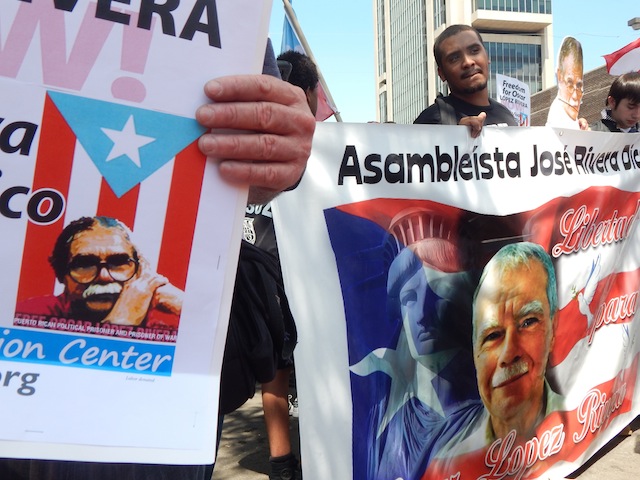 Activists on the island of Puerto Rico have described Rivera’s imprisonment as a ‘Pan Latino’ issue. Credit: Kanya D’Almeida/IPS 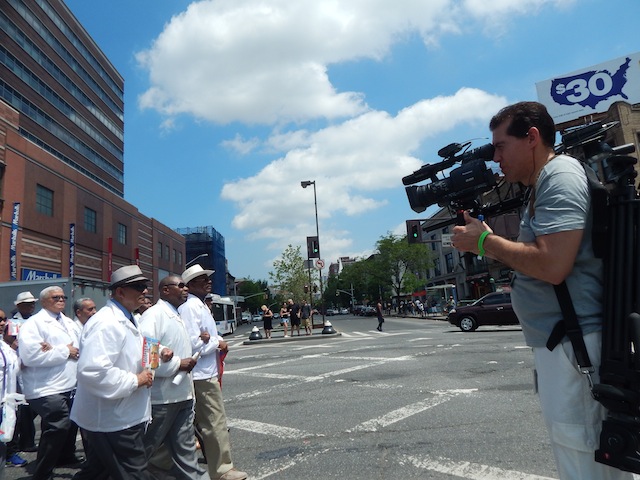 The coalition behind the May 30 protest included labour unions, veterans of the civil rights movement and women’s organisations. Credit: Kanya D’Almeida/IPS 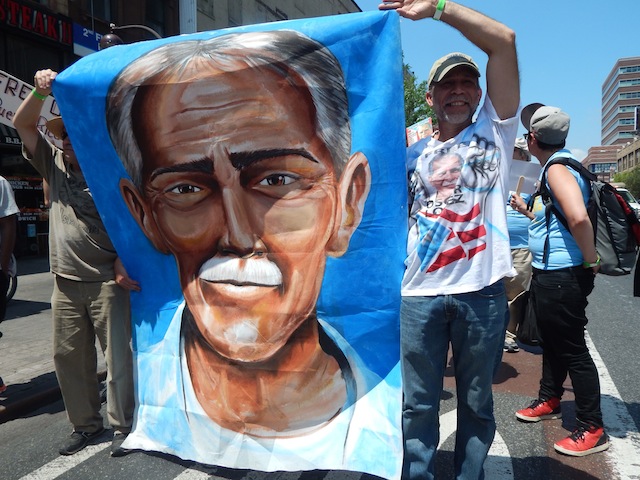 As a young activist, Rivera worked tirelessly on issues of housing, unemployment, drug rehabilitation and bilingual education. He was drafted into the army at just 18 years of age. Credit: Kanya D’Almeida/IPS 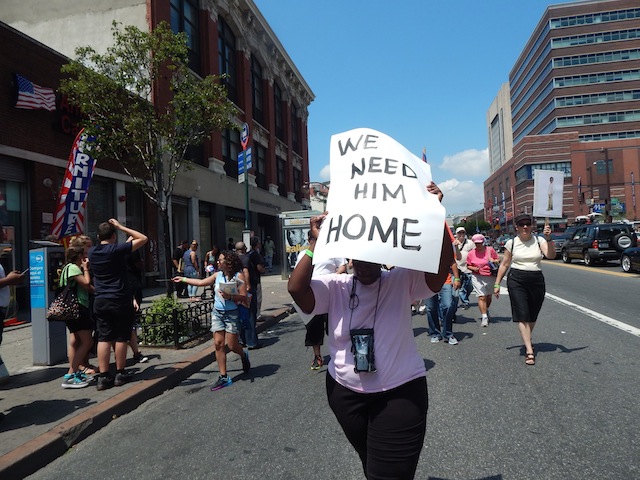 Slogans like ‘34 Years Is Enough’ and ‘We Need Him Home’ speak to Rivera’s harsh sentence, which will only expire in 2027. Credit: Kanya D’Almeida/IPS 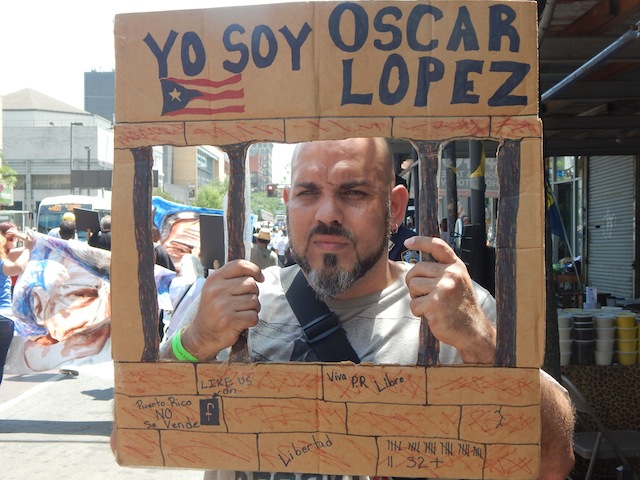 Rivera has spent 12 of his 34 years in prison in complete isolation with no human contact, in conditions similar to what the United Nations has described as torture. Credit: Kanya D’Almeida/IPS 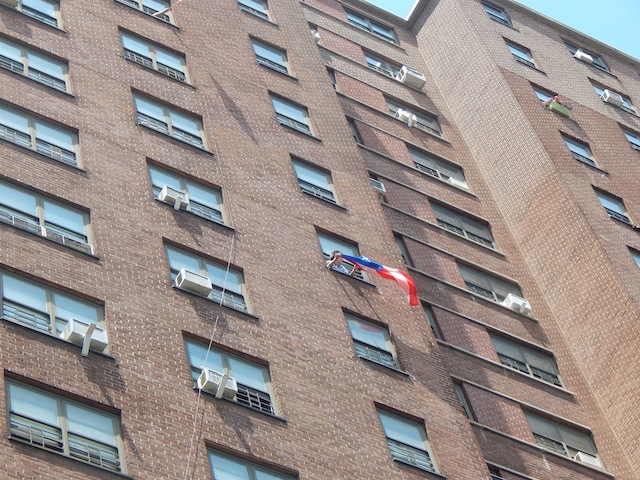 Scholars and activists say that Rivera’s imprisonment has unified the Puerto Rican community, both in the U.S. and on the island. The United States invaded Puerto Rico in 1898. The question of independence remains unresolved. Credit: Kanya D’Almeida/IPS 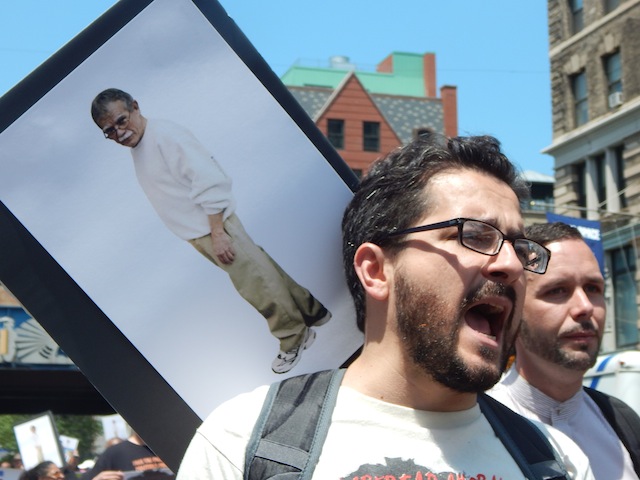 Several protestors interviewed by IPS said they traveled from all across the U.S. to be present for Saturday’s march. Credit: Kanya D’Almeida/IPS 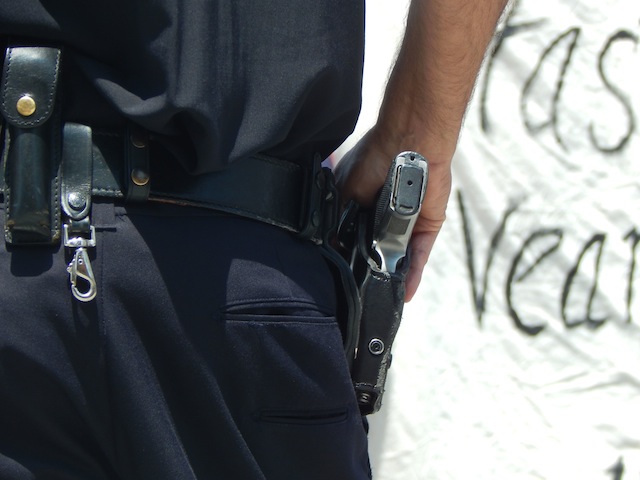 Rivera and his co-defendants were victims of the FBI’s widely discredited Counterintelligence Program (Cointelpro), created in 1956 to disrupt the activities of the Communist Party in the U.S. In the 1960s it expanded to cover a range of groups, from the Black Panthers to the Socialist Workers Party. Credit: Kanya D’Almeida/IPS 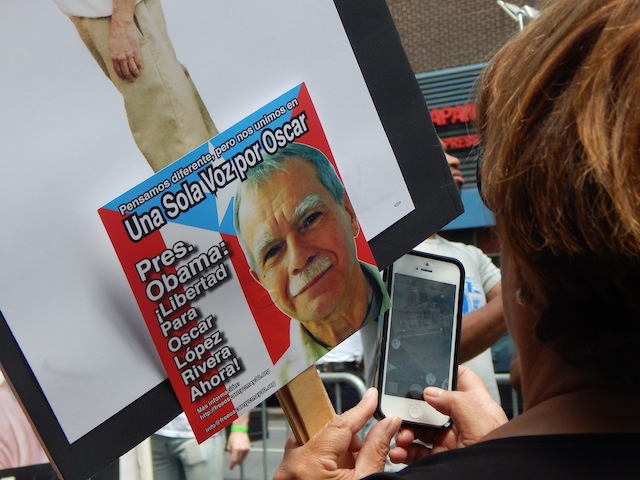 Earlier this year, on the occasion of Rivera’s 72nd birthday, a powerful social media campaign reached over 500,000 people in 34 countries. Credit: Kanya D’Almeida/IPS 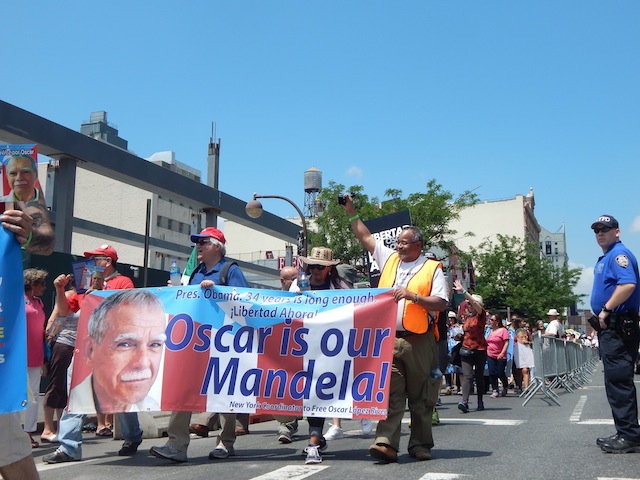 For several hours on Saturday, May 30, the streets of East Harlem were flooded with protestors. Credit: Kanya D’Almeida/IPS