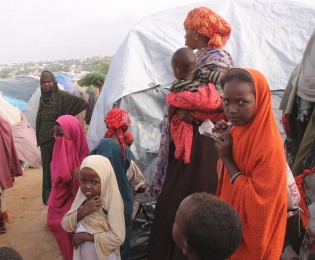 By Susan Robens-Brannon
In the remote, dusty and barren area of northern Port-au-Prince, Cannon Camp houses nearly 6,000 displaced Haitians in tiny and cramped spaces. Nestled among the smattering of tents is the home of a 50-something-year-old mother of 12.
ADVERTISEMENT ADVERTISEMENT