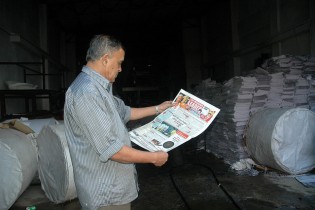 By Athar Parvaiz
Bashir Ahmad Malik was flabbergasted when a helicopter carrying an Indian official from Kashmir’s summer capital of Srinagar landed in his resident Drang village, just 17 miles away from its point of departure.
ADVERTISEMENT ADVERTISEMENT