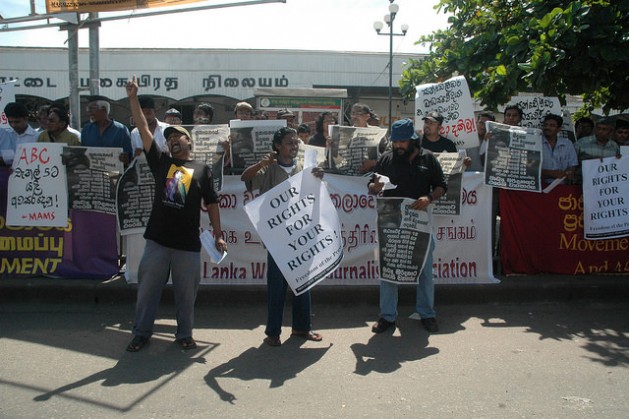 COLOMBO, Dec 14 2016 (IPS) - Sri Lanka’s upcoming 69th Independence Commemorations will be of special value to the island’s media – that is, if everything works as planned.

The newly minted Right to Information (RTI) act will take effect on Feb. 4, 2017, according to officials at the Ministry of Mass Media and the Department of Information. Sri Lanka’s beleaguered media – by some estimates over 20 journalists and media workers have been killed in the last decade – has been breathing more easily since January 2015 when a new government headed by President Maithripala Sirisena and Prime Minister Ranil Wickremasinghe took power. The RTI act was one of their election pledges.

“It is like putting the government in a glass box." --Media Minister Gayantha Karunathilaka

The act itself dates back to over two decades and has traveled a long and arduous road. Its first imprint was in the 1998 Colombo Declaration of Media Freedom and Social Responsibility. In 2004, Wickremasinghe, who briefly headed the government, initiated the drafting of the Freedom of Information Bill. It was tabled in parliament but could not be taken up for a vote since the government was ousted.

In 2010, current speaker Karu Jayasuriya introduced the 2004 draft as a private member’s motion, but that too was defeated. On June 24 this year, the RTI bill was finally passed by parliament. But there is still a long way to go.

The RTI Commission of five members is yet to be appointed. President Sirisena has ratified three names but is yet to fill the other two. Officials close to him say that the two final nominees have shown some reluctance, others say that the president is dragging his feet.

Officials at Ministry of Mass Media and the Department of Information, who are spearheading the changes in the public sector for the implementation of the Act, have chosen to stay quiet on this subject, though a few admit privately that there is a snag.

Despite the obstacles, officials at the two institutions are moving ahead, with the aim of announcing soon that by Feb. 4 next year, Sri Lankans can for the first time submit RTI requests.

Media Minister Gayantha Karunathilaka says that the RTI act will change the way the country is governed. “It is like putting the government in a glass box,” he recently told a gathering in southern Galle on the act.

The minister admits that the act will be a watershed in Sri Lanka media culture. “Now journalists can rely on verified, authenticated information from the government, rather than on hearsay.”

But he says that the larger effect will be on the country as a whole. “People don’t know about this that much. But with this act, politicians will have to think not twice, but thrice before they act, because the general public now has the right to seek and obtain information legally and the government is duty bound to give such information.” 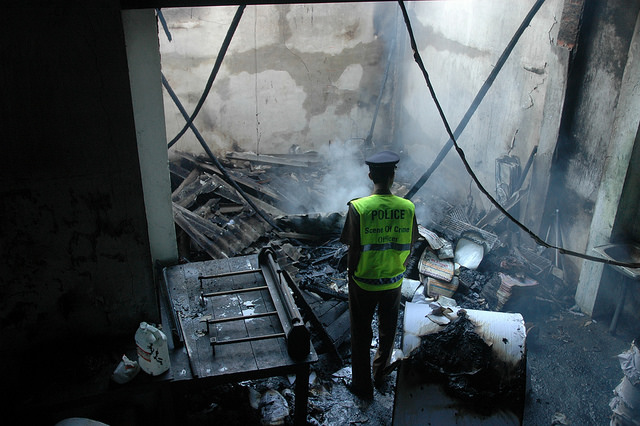 Sri Lanka’s media faced repeated attacks like this burning of The Sunday Leader press on the outskirts of the capital Colombo in November 2007, but has breathed more easily since the new government took office in January 2015. Credit: Amantha Perera/IPS

Director General of Information Ranga Kalansooriya, a former journalist and a media trainer, puts Sri Lanka’s new act on a par with its Indian counterpart or even above it.

While the Indian act does not allow for overruling of RTI request denials based on national security once all the appeals are exhausted, the Sri Lanka version includes clauses where the commission can overrule some denials.

“For example, if there was a case of military corruption, like in an arms deal, this is a case of national defence. But if the public interest in corruption is heavier, then the commission can release this information,” Kalansooriya told IPS.

The Information Department has already begun to appoint and train public officials on handling RTI requests. Kalansooriya said that over 1,000 have so far been appointed. The government is also going to set up set up a special unit that will handle RTI requests relating to private companies and contractors working with government agencies.

RTI experts say that for the act to function efficiently, an attitude shift is required in the way public officials work, from being opaque to being transparent.

“The law itself requires a paradigm shift in governance because until the RTI Act was brought in, the understanding about how government business should be conducted is that information will be shared with people on a need-to-know basis,” said Indian expert Venkatesh Nayak.

“The RTI Act turns that on its head by saying that people have the right to seek information of any kind that they would want to get access to and the law provides for that access with the exception of certain circumstances when the disclosure may not be in the public interest.”

Nayak, who has been working with Sri Lankan non-governmental organsiations on building awareness, also feels the act needs to be promoted widely and is still largely unknown outside of urban areas, a fact even Media Minister Karunathilaka admits.

“Unlike other laws, the RTI law is perhaps the only law of its kind which is not going to get implemented unless there is a demand from the people to implement it,” Nayak said.