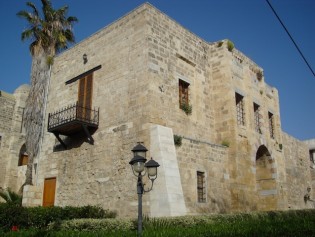 By Jillian Kestler-D'Amours
Affixed to a large cement bloc, the rusted, grey gate leading Palestinian farmers from the northern West Bank village of Salem to their olive groves was opened for four days this year.

By Jillian Kestler-D'Amours
Asmahan Ramadan and her family have taken thousands of photos on the rooftop of their home. Not of themselves, or of the overcrowded Dheisheh refugee camp they see every day.
ADVERTISEMENT ADVERTISEMENT