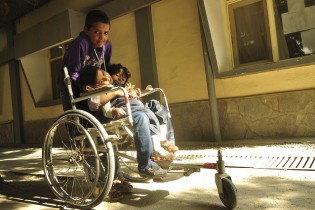 By Ashfaq Yusufzai
“I consider myself lucky after finding my son,” says Muhammad Jabeen, a juice vendor in Bannu, one of the 25 districts of the Khyber Pakhtunkhwa province in northern Pakistan. The Taliban had taken his son, Mateen Shah, away from a madrassa to join their ranks.

Dozens Die in Attack on Court in Afghanistan

By AJ Correspondents
Suicide bombers disguised as soldiers have stormed a court in western Afghanistan, killing at least 44 people in an attempt to free Taliban fighters standing trial, officials say.

By Ashfaq Yusufzai
Taliban militants have been losing grip over the handling of their would-be suicide bombers. Of late they failed to carry out their missions as planned.

By Murtaza Hussain
In the late afternoon of Apr. 3, 2011, in the Pakistani city of Dera Ghazi Khan, an annual Sufi Muslim religious festival at the shrine of the 13th century saint Ahmed Sultan was hit by twin suicide bomb attacks which killed over 50 people and left more than 120 wounded.
ADVERTISEMENT ADVERTISEMENT