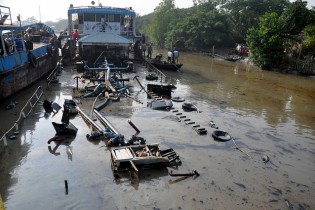 By Stella Paul
For over five years, 33-year-old Maheshwar Basumatary, a member of the indigenous Bodo community, made a living by killing wild animals in the protected forests of the Manas National Park, a tiger reserve, elephant sanctuary and UNESCO World Heritage Site that lies on the India-Bhutan border.
ADVERTISEMENT ADVERTISEMENT