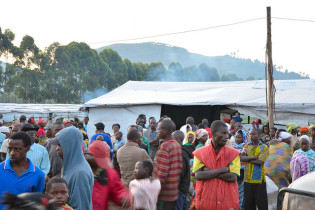 By Taylor Toeka Kakala
The Congolese government is demanding a comprehensive strategy for a lasting solution for the repatriation of 127,537 Rwandan refugees estimated to be in the country.

By Jared Ferrie
Sudanese refugees have started dying as a camp in South Sudan ran out of water four days ago after a massive influx of people fled across the border to escape war and hunger.
ADVERTISEMENT ADVERTISEMENT