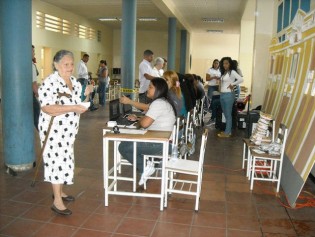 By Humberto Márquez
The political polarisation in Venezuela became even more marked as the country emerged from Sunday’s elections basically divided in half, between two sectors that are antagonistic and reluctant to try to understand each other.

By Humberto Márquez
Venezuelans will cast their ballots this Sunday to elect a successor to late president Hugo Chávez. The choice is between his political heir Nicolás Maduro – the front-runner in the polls - and the leader of the revitalised opposition, Henrique Capriles.
ADVERTISEMENT ADVERTISEMENT