In this column, IPS Associate Editor in Chief Diana Cariboni writes that Nicolás Maduro and Henrique Capriles risk setting at odds the two halves of Venezuelan society, instead of encouraging them to coexist and understand each other.

MONTEVIDEO, Apr 17 2013 (IPS) - When the left was in opposition in Latin America, it never tired of repeating that true democracy was not limited to electing governments at the ballot box. Democracy was also needed in the distribution of rights and riches.

Now that self-described leftwing governments predominate in the region, the catch is to make that maxim their political practice. They must fulfil the formality of celebrating clean, fair and transparent elections that produce governments of the majority that do not trample on the minority, nor prevent them from exercising their role of social control.

In the last 15 years in Venezuela – ever since the late Hugo Chávez won his first presidential elections – there have been many elections and popular consultations based on the referendum, recall and plebiscite mechanisms provided in the constitution. 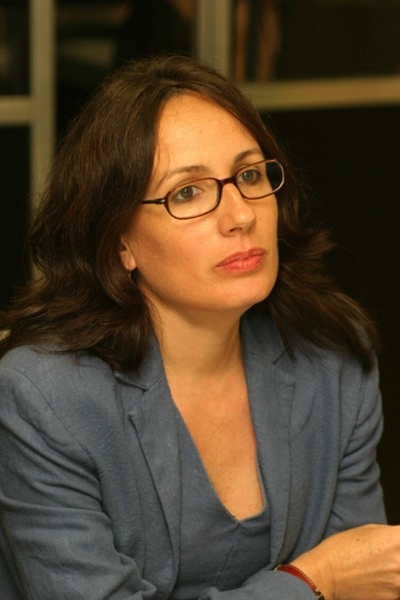 But there was also a failed coup d’état and an oil industry lockout with the same aim: to overthrow the government.

Meanwhile, the country developed an automated voting system described by the electoral authorities as “perfect,” and praised by institutions above suspicion of authoritarian conspiracy, like the Carter Center.

But the country’s democracy is far from being perfect, and further still from being predictable.

Only six months ago, Chávez gained a comfortable majority with 55 percent of the vote (more than eight million votes) against a rival, Henrique Capriles, who won a not inconsiderable 44 percent (over 6.5 million votes).

On Sunday Apr. 14, Chávez’s heir-apparent Nicolás Maduro secured a victory for the governing party, but with a margin of only 270,000 votes ahead of Capriles.

A number of relevant factors influenced the mood of voters in the last six months: the death of Chávez, after an illness surrounded by questions and secrecy, an economy facing difficulties, and a general climate of uncertainty about the prospects of the Bolivarian revolution in the absence of its leader.

And then on Sunday Apr. 14 a different and complex snapshot was taken of the citizenry, requiring a close reading by government leaders and the opposition.

The voting system was the same on both occasions. But the narrow margin of the result and a list of 3,200 alleged irregularities gave the opposition an opportunity to cast it into doubt.

The authorities claim the system is reliable and accurate. All eyes are on the boxes containing the paper receipts issued by the voting machine when voters cast their electronic votes – basically, ballot boxes full of votes.

There are allegations that some of these boxes have been found on roadsides, containing ballots for Capriles. And he is demanding a “vote by vote” recount.

Electoral fraud is a familiar problem in Latin America, where there is a whole repertory of actions to sway citizens’ votes, most of them taking place before polling occurs.

In some rural areas of Colombia things have reached such a point that, as polling day draws near, votes command increasingly higher bribes in goods and services on the informal local market, such as bricks, tiles and fuel, as well as cash.

In last year’s presidential elections in Mexico, alleged vote-buying, especially attributed to the victorious Institutional Revolutionary Party (PRI), took the form of vouchers for consumption of goods in certain shopping centres being handed out almost openly.

But none of this generates much concern abroad, nor is it a hurdle to international recognition of the governments that emerge from these elections.

Did electoral fraud of this kind occur in Venezuela? The opposition has denounced a series of irregularities. And the electoral authorities say they will investigate them when they receive the formal complaints, but that no recount will change the result declared on Monday Apr. 15. So there will be no total recount.

The opposition is accusing the government of misappropriation of state resources during the electoral campaign. The government replies that opposition parties represent large economic powers with vast resources and private media outlets at their service.

Meanwhile, although Maduro and Capriles have both called repeatedly for “peace,” violence has taken over the streets. There have been fatalities, and dozens of people have been injured.

Amid the commotion, something has been lost from view: Venezuelan society has long wanted to put an end to decades of apparent democracy, and oil profits for only a few.

In the last 15 years, the country has made strides in poverty reduction, and many marginalised people were able to learn to read and write, and gained access to education and health care. They were also empowered to speak up, and to feel that one of their own, someone close to them, represented them in the presidency.

But it cannot be forgotten that Venezuela today has serious problems, such as a high crime rate, a weak economy and excessive dependence on oil.

If they do not understand the electoral snapshot represented by Sunday’s results, Maduro and Capriles risk riding the roller coaster of setting at odds the two halves of their nation, instead of leading them to a mirror and showing them the need to coexist and understand each other.

“Venezuela has enormous possibilities. The main problem is for it to find itself,” said Uruguayan President José Mujica, interviewed on Tuesday Apr. 16 by the Telesur television chain. “Human progress is the offspring of labour, and requires stability and commitment,” he said.

“It’s important for the Venezuelan people to learn to walk together, with differences, but with points of agreement. They can’t expect to be exactly the same,” he said. “A nation is a collective message.”

* Diana Cariboni is Associate Editor in Chief of IPS.