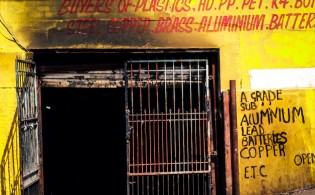 By Lisa Vives
A practice of denying admission to South African public schools of children without visas or whose parents are refugees from other African countries is creating a foundation for the current rash of xenophobia, critics of the practice say.

By Lisa Vives
Shocking images of South Africans beating foreign-born residents residing in Durban, Johannesburg and other parts stunned the continent which had taken a message of brotherhood from former president Nelson Mandela.

By Thalif Deen
Amidst the rising tide of racial and religious intolerance worldwide - including xenophobia, anti-Semitism and Islamophobia - the U.N. Alliance of Civilizations (UNAOC) will meet in the Austrian capital of Vienna later this week to strengthen cross-cultural relations in a world it describes as "alarmingly out of balance".
ADVERTISEMENT ADVERTISEMENT