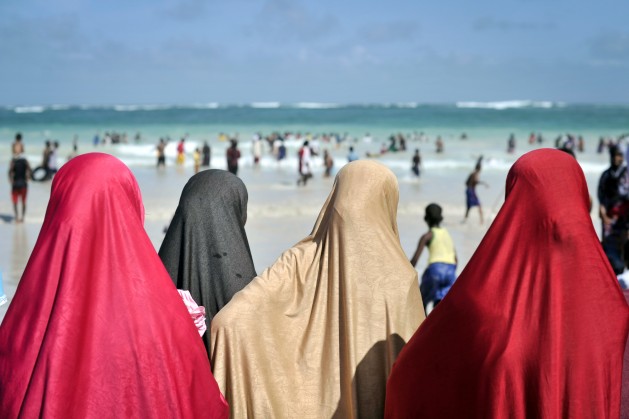 UNITED NATIONS, Jan 17 2017 (IPS) - The rise in anti-muslim attitudes around the world prompted a special UN meeting Tuesday, just days before the inauguration of US President-elect Donald Trump whose controversial policies have drawn on anti-Muslim sentiments.

As if to illustrate just how easily noble intentions are misinterpreted, co-opted and misused, the event’s hashtag #No2Hatred was quickly taken over by nefarious social media actors and became an outlet for angry political diatribe.

“Anti-muslim hatred does not occur in a vacuum,” said David Saperstein, American Ambassador at large for International Religious Freedom at the event. “The rise of xenophobia across the world creates challenges that focus our attention and the data leaves us no doubt that this is happening.”

Saperstein quoted studies showing a massive rise in anti-Muslim rhetoric and violence, France has seen a 223 percent increase in attacks on Muslims between 2014 and 2015, the British investigative group TELL MAMA reported a 326 percent increase in abuse and public attacks on Muslims in the UK over the same period. A 2016 study found 72 percent of  Hungarians admit to a negative view of Muslims.
"Most Muslim hate crime is against women and I would encourage everyone to consider the gender-specific aspects to this violence," -- Richard Arbeiter, the Director-General, Office of Human Rights, Freedoms and Inclusion, Global Affairs Canada.

“Underreporting is a very serious structural problem that obscures these numbers. The silencing effect is enormous and we must resolve to confront this,” Saperstein said.

“I sincerely regret just how necessary these deliberations have become,” said Richard Arbeiter, the Director-General, Office of Human Rights, Freedoms and Inclusion, Global Affairs Canada. “Most Muslim hate crime is against women and I would encourage everyone to consider the gender-specific aspects to this violence.”

Panels looked at civil society building how governments could best combat anti-Muslim discrimination, and positive narratives to promote inclusion. Several topics recurred for discussion; how best to engage with political actors and organisations of different beliefs, and how to counter misinformation online.

“Too often initiatives result in people speaking within bubbles to each other. In a country like the United States or in a place like Europe, we need to get out of our bubbles and reach out to the unlikely and unorthodox partners.”

European Commission Coordinator on Combating anti-Muslim hatred David Friggieri outlined his meeting with the heads of Facebook, Twitter, Microsoft and Google where “open and frank discussion” lead to the enforcement of the European Union’s free speech laws in an effort to counter anti-Muslim sentiment. The ‘red line’ agreed to by the companies and the European law, he told IPS, was one of incitement.

“We have a law prohibiting incitement to violence or hatred based on race, religion, ethnicity or nationality,” said Friggieri. “We are monitoring the situation with them every few months. We have had our first monitoring and there are some improvements but we look forward to seeing more.”

In a similar effort to address the recent increase in hate speech and anti-Muslim rhetoric, Moiz Bokhari, advisor to the Secretary General of the Organisation of Islamic Cooperation spoke of the Center for Dialogue, Peace and Understanding a newly established website that provides foundations to deconstruct dangerous narratives. The site is aimed at addressing the potential for crimes, radicalisation and to “counter all types of radical extremist discourse in order to delegitimise the violent and manipulative acts committed in the name of religion, ideology or claims of cultural superiority.”

The High Level Forum on Combating Anti-Muslim Discrimination and Hatred was dominated by discussion of how to address anti-Muslim sentiment and increase the  message of tolerance and inclusion. The forum was convened by the Organisation of Islamic Cooperation, the Delegation of the European Union to the United Nations and the Permanent Missions of the United States and Canada.

UN Secretary General Antònio Guterres used his introductory address to reaffirm the recently-launched initiative Together – Respect, Safety and Dignity for All. An outcome from the Summit for Refugees, the strategy is designed to strengthen the bonds between refugees migrants and host countries and communities.

Speakers throughout the day highlighted bipartisan interfaith success stories: the Canadian town that raised money to rebuild a mosque that had been burned down following the Paris terror attacks, the Norwegian mosque that was protected from attack by Oslo’s Jewish community, the power of positive stories of Muslims in the news and popular culture, and the success of Sadiq Khan who overcame a campaign rife with xenophobic rhetoric to become the first Muslim Mayor of London.

“Politics is moving against us, but local politics not so much,” said Catherine Orsborn, director of interfaith anti-Islamophobia campaign group Shoulder to Shoulder.

Several panellists highlighted the importance of establishing relationships with local political and law enforcement agencies so that any future instances Islamophobia could be dealt with more effectively.

Friends of Europe’s Director Europe and Geopolitics Alfiaz Vaiya ended the discussion on civil society and coalition building with an optimistic note: “The political climate is very toxic, but it’s about politicians being able to sell and be confident in selling a strong narrative on inclusion and diversity. I think youth are the way forward, we see how they vote we see how they follow progressive trends and we should encourage more youth to get involved in conversations like this.”