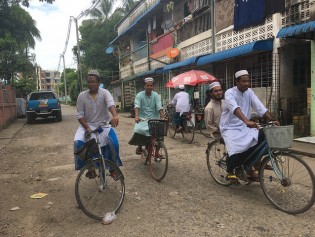 By Piero Sarmiento
The Uighur scholar Ilham Tohti was recently sentenced to life imprisonment on charges of separatism.

By Thalif Deen
U.N. Secretary-General Ban Ki-moon has called on the Sri Lankan government to "take necessary measures" to prevent any further attacks against minority Muslims in the country.

By Kanya D'Almeida
Such stigma now surrounds the word ‘terrorist’ that most recoil from it, or anyone associated with it, as though from a thing contagious; as though, by simple association, one could land in that black hole where civil liberties are suspended in the name of national security.
Next Page »
ADVERTISEMENT ADVERTISEMENT