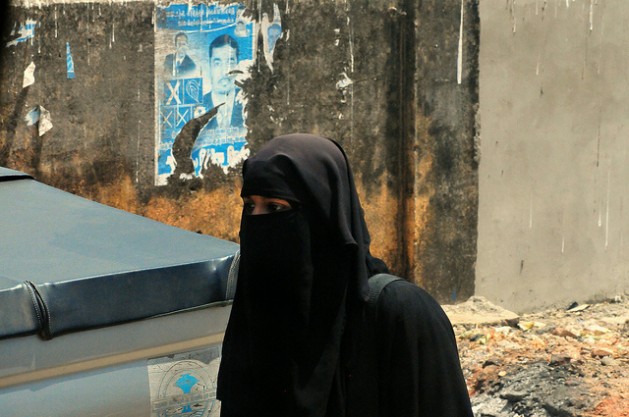 UNITED NATIONS, Jul 3 2014 (IPS) - U.N. Secretary-General Ban Ki-moon has called on the Sri Lankan government to “take necessary measures” to prevent any further attacks against minority Muslims in the country.

Asked to respond to reports of violence there, U.N. spokesman Stephane Dujarric told IPS “the secretary-general is concerned about reported attacks against Muslim communities in southern Sri Lanka”.

"We must address our problems ourselves and...resist the ready temptation to seek outside interventions to address essentially domestic issues." -- Ambassador Palitha Kohona

He said the secretary-general recalls the Human Rights Council resolution of March 2014, which urges the government of Sri Lanka to investigate alleged attacks on members of religious minority groups and to take steps to prevent such attacks in the future.

“The secretary-general calls on the government to take necessary measures to prevent any deterioration of the situation, to immediately investigate the incidents and to ensure the safety of all Sri Lankans,” Dujarric added.

The Association of Sri Lankan Muslims in North American (TASMinA), which held a protest rally outside the United Nations last week, has sought intervention by the secretary-general.

“We kindly request you to intervene and ask the Sri Lankan government to prevent hatred and violence against Muslims and other minority communities in Sri Lanka, and bring the perpetrators of the recent murder and violence to justice,” says a letter addressed to the secretary-general.

In a statement released Wednesday, three U.N. human rights experts called on Sri Lanka “to adopt urgent measures to stop the promotion of racial and faith-based hatred, and violence against Muslim and Christian communities by Buddhist groups with extremist views, and bring perpetrators of this violence to justice.

“More than 350 violent attacks against Muslims and over 150 attacks against Christians have been reported in Sri Lanka in the last two years. Muslim and Christian communities are reportedly subjected to hate speech, discrimination, attacks and acts of violence throughout Sri Lanka frequently,” the statement added.

Asked for a response, Sri Lanka’s Permanent Representative Ambassador Palitha Kohona told IPS, “Sri Lanka can ill afford any inter-racial or inter-religious conflict at this stage, especially at a time the country is recovering from 27 years of terrorist-inspired violence.”

He said the economy is rebounding and “we have a wonderful opportunity to ensure a better life for all our people.

“While inter-racial and inter-religious intolerance is not unique to Sri Lanka, the government of President Mahinda Rajapaksa has unequivocally condemned the recent violence in the country,” he said.

Kohona also promised that justice will be meted out to the wrongdoers.

“We must also address our problems ourselves and seek solutions from within and resist the ready temptation to seek outside interventions to address essentially domestic issues,” he said.

David Griffiths, deputy Asia Pacific director at Amnesty International, told IPS the London-based human rights organisation “is extremely concerned about the upsurge in violence against religious minorities in Sri Lanka and the impunity with which these attacks are taking place.

“We have received hundreds of reports of threats and attacks on Christians and Muslims and their places of worship in the past two years,” he added.

These have often been led by members of hardline Buddhist groups with apparent links to government officials and none of them have been adequately investigated, he said.

“There are numerous reports that police failed to intervene to protect minority Sri Lankans from attacks. All these incidents must be effectively investigated and perpetrators brought to justice.”

Griffiths said authorities could wield considerable influence over supporters of these groups and must work much harder to resolve tensions and rein in the violence.

An editorial in the New York Times last week said “hate-mongering Buddhist extremists in Sri Lanka have set off the country’s worst wave of anti-Muslim violence in years.”

Most Sri Lankans, including the overwhelming Buddhist majority, want nothing to do with the Bodu Balu Sena (BBS), which is accused of instigating the violence, the Times said.

“Sri Lanka needs healing. Mr. Rajapaksa’s statements on Monday directing the police to act against any individual or group fomenting ethnic or religious hatred are welcome. But the president did not repudiate the Bodu Bala Sena by name,” the editorial noted.

Rita Izsk, the U.N. Special Rapporteur on Minority Issues, told IPS she was “extremely concerned over the situation in Sri Lanka and what seems to be a pattern of attacks emerging over recent months”.

She urged the government to act decisively to bring targeted violence against religious minorities to an end as soon as possible. Concrete actions are required to address impunity, she added. “The Penal Code must be amended so that hate speech and incitement of hatred can be prohibited and punished.”

She also said the government must send a strong signal that perpetrators of violence will be prosecuted for their actions and not allowed to act with impunity.

Failure to act and to investigate fully all attacks that have taken place may result in further violence.

“While I am encouraged by comments from the government that action will be taken to investigate incidents of violence and that the President is appointing a High-Level Panel to inquire into recent disturbances, as he says, this must be swift and independent in order to gain the confidence of affected communities”.

The government has a “responsibility to protect” all persons and it must live up to that responsibility in practice. This principle places the primary responsibility on States to protect their populations from all forms of violence and through all appropriate means, Izsk added.

In his letter to Ban, Najaf Jamsheed, president of TASMiNA said: “We believe Buddhism is peaceful and non-violent. We respect Buddhism and we love Sri Lanka – our motherland”.

The recent attacks against Muslims in Sri Lanka and their property by Sinhala extremist elements led by Bodu Bala Sena, are highly abominable incidents of racism, he said.

The letter says that while TASMiNA is sincerely grateful to President Rajapaksa for taking personal responsibility to ensure that the victims of last month’s anti-Muslim riots are taken care of and compensated for their losses and that those responsible for their suffering are brought to justice, “we strongly urge the government of Sri Lanka to counter perceptions that it supports the activities of organisations like the BBS.”

The letter urges the government to take immediate and decisive actions to (i) ensure that security forces do not allow religious extremists to attack innocent civilians and vandalize houses of worship and homes, (ii) proscribe the hate mongering and end the climate of fear perpetuated by extremist organizations like BBS and (iii) uphold the rights of all Sri Lankans to equality and non-discrimination as enshrined under Sri Lanka’s constitution and law.