LEIDEN, Netherlands, Jul 27 2014 (IPS) - Which story line sounds the more credible – that linking the rebel movement ISIS (the Islamic State in Iraq and Syria) to policies pursued by Iran or that linking the Sunni extremist force to Iran’s adversary Saudi Arabia?

In June this year, fighters belonging to ISIS – a rebel movement that had previously established its foothold in the oil-rich areas of north-eastern Syria – succeeded in capturing Mosul, a city surrounded by oil fields in northern Iraq. Ever since, commentators in the world’s media have been speculating on the origins of the dreaded organisation’s military success.

It is admitted that the occupation of Mosul and vast tracts of the Sunni-dominated portion of Iraq would not have been possible except for the fact that ISIS forged a broad grassroots’ alliance expressing deep discontent by Iraq’s minority Sunnis with the policies of Iraqi Prime Minister Nouri Al-Maliki’s government. Nor would Mosul have fallen but for the dramatic desertion by top-officers of Iraq’s state army. 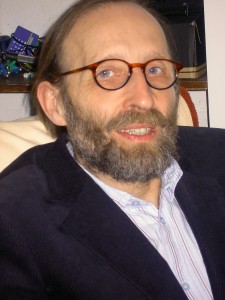 Yet various observers have meanwhile focused on the political economy behind the advance of ISIS. Some experts from U.S. think tanks have discussed the likely sources of ISIS’ finance, pinpointing private donors in Saudi Arabia and other Gulf states. Other writers instead have connected ISIS’ reliance on black market sales of oil in Kurdish territory with Iranian exports of crude, described as “illegal”.

I propose putting the spotlight on the methods of war financing used by ISIS, but first it is necessary to highlight the movement’s complete sectarianism.

Soon after the occupation of Mosul, rebels blew up and bulldozed shrines and mosques in the city belonging to Shia Muslims. Pictures on the demolition of these buildings were circulated widely by the world’s mainstream media. Unfortunately, few Western journalists cared to draw attention to the role which destruction of shrines has played in the history of Islam.

Contrary to Catholicism, the veneration of saints at Sufi and Shia tombs and shrines basically reflects heterodox tendencies within the Islamic faith. On the other hand, Sunni orthodoxy and especially its Saudi variety, Wahhabism, either condemns intercession or, at the least, considers the worshipping of saints at tombs to be unacceptable. Islam’s minority of Shias, and its mystical current of Sufism, freely engage in such worship – and this throughout the Muslim world.

“ISIS is … a ‘religiously inspired’ Sunni extremist organisation with an utterly secular objective: to control the bulk of oil resources in two Middle Eastern states in order to re-establish acaliphat, an all-Islamic state-entity guided by a central religious authority”

ISIS’ work of demolition in Iraq can in no way be equated with practices of Iran’s Shia rulers. Instead, they express the extremist movement’s affinity with policies long championed by Saudi Arabia. Ever since the founding of the Saudi state, numerous Shia and Sufi shrines have been rased to the ground at the behest of this country’s Wahhabi dynasty.

What does the political economy behind ISIS’ military advance in Syria and Iraq tell us about the organisation’s affinities? First, in one sense, the ISIS strategy might be interpreted as rather novel.

Whereas the extraction of raw materials is a war strategy pursued by numerous rebel movements in the global South – see, for example, UNITA’s extraction of diamonds in the context of Angola’s civil war, and the trade in coltan by rebels in the Democratic Republic of Congo – rarely has a Southern rebel movement succeeded in turning crude oil into its chief source of revenue.

Indeed, whereas ISIS originally relied on private funders in Saudi Arabia to build up a force of trained fighters, the organisation has consciously targeted regions in Syria and Iraq harbouring major oil fields and (in the case of Iraq) oil refineries. By laying siege to the oil refinery at Baiji, responsible for processing one-third of oil consumed in Iraq, ISIS hoped to undermine the state’s control of oil resources.

Further, some 450 million dollars was stolen by ISIS fighters from a subsidiary of Iraq’s central bank after the occupation of Mosul. This reportedly was all income from oil extraction. Some observers put the cash income which ISIS derives from smuggled oil at one million dollars a day!

ISIS is thus a ‘religiously inspired’ Sunni extremist organisation with an utterly secular objective: to control the bulk of oil resources in two Middle Eastern states in order to re-establish acaliphat, an all-Islamic state-entity guided by a central religious authority.

Yet though ISIS’ methodology of reliance on oil for financing of its war campaigns is novel for a rebel movement, such use of oil is not unique in the context of the Middle East. Ever since the 1970s, most oil-rich countries of the region have squandered a major part of their income from the exports of crude by (indirectly) exchanging their main natural resource against means of destruction – weapon systems bought on the international market.

And while Iran under the Shah was equally enticed into opting for this form of trade in the 1970s, – it is the Wahhabi kingdom of Saudi Arabia which all the way through from the oil crisis of 1973 onwards and up to today has functioned as the central axe of such a trade mechanism.

Witness, for instance, the 1980s oil-for-arms (!) ‘barter deal’ between the Saudi kingdom and the United Kingdom, the so-called ‘Al Yamamah’ deal, and the 60 billion dollar, largest-ever international arms’ agreement between Saudi Arabia and the United States clinched in 2010.

Forward to 2014, and an Iraq desperately struggling to survive. A section of the world’s media has already announced its impending demise, predicting a split of the country into three portions – Sunni, Kurdish and Shia. On the other hand, some commentators have advised that the United States should now change gear and line up with Iran, in order to help the Iraqi government overcome its domestic political crisis.

Yet the United States and its European allies for long, too long, have bent over to service the Wahhabi state. Even as Western politicians loudly proclaimed their allegiance to democracy and secularism, they failed to oppose or counter Saudi Arabia’s oppression of, and utter discrimination against, Shia citizens.

For over 40 years they opted to close their eyes and supply Saudi Arabia with massive quantities of fighter planes, missiles and other weaponry, in exchange for the country’s crude. Playing the role of a wise elderly senior brother, the United States has recently advised Iraq’s prime minister al-Maliki, known for his sectarian approach, that he should be more ‘inclusive’, meaning sensitive towards Iraq’s minority Sunni population.

But has the United States’ prime Middle Eastern ally Saudi Arabia ever been chastised over its systematic discrimination of Shias? Has it ever been put to task for its cruel oppression of heterodox Muslims? And has the United States ever pondered the implications of the trading mechanism of disparate exchange it sponsored – for the future of democracy, food sovereignty and people’s welfare in the Middle East?

*  Peter Custers, an academic researcher on Islam and religious tolerance  with field work in South Asia, is also a theoretician on the arms’ trade and extraction of raw materials in the context of conflicts in the global South. He is the author of ‘Questioning Globalized Militarism’.