Q&A: "But They Never Killed My Spirit"

NAIROBI, May 29 2008 (IPS) - On Sep. 7 last year, as she walked to her home, parliamentary candidate Flora Igoki Terah was attacked and tortured by a gang of five men. Terah's case is one of several case studies highlighted in Amnesty International's 2008 report on the state of the world's human rights, released on May 28. 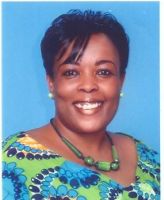 During the attack, one of the men sat on her, punching and choking her. Others scorched her wrists with thorns and cigarettes, pulled her hair out and beat her with iron bars. A disc in her upper spine was dislodged. The assailants shaved her hair, mixed it with excrement and forced her to swallow it.

The brutal attack was carried out with impunity – no one has yet been charged with the assault – and sent a clear message that she should give up her run for parliament against David Mwiraria, at the time MP for the North Imenti constituency in the Meru district of eastern Kenya and a minister in President Mwai Kibaki's government.

It was not an isolated incident. The help desk at the Education Centre for Women in Democracy, a Nairobi-based non-governmental organisation, handled 153 cases of electoral violence against women candidates in the run up to the December 2007 elections and received 258 complaints of harassment and torture of women via email and phone.

Flora Terah, hospitalised for weeks and unable to canvass properly, lost her bid for election, but her resilience and the outrage her suffering caused amongst voters contributed to her powerful rival's defeat by another candidate.

Worse was still to come for Terah: in March this year her only son, a 19-year old footballer, was murdered in Nairobi in what has been brushed aside as part of the usual youth violence in the city.

In the face of such tragedy, Terah remains committed to her community work, aimed at empowering women and curbing violence among the youth. She has been campaigning on behalf victims of electoral violence from the platform of her organisation, Terah Against Terror, in addition to her work at the Centre for Multiparty Democracy, an organisation that supports the strengthening of democratic process in Kenya.

Flora Igoki Terah spoke with IPS reporter Najum Mushtaq about her work, her politics, and what she thinks of the post-election violence in Kenya and the subsequent peace deal.

IPS: What do you think led your opponents to torture and abuse you?

FLORA IGOKI TERAH: I was targeted because they could see I was making a strong bid for the parliamentary seat. I've been doing civic and political work since 2004 and in the process had exposed corruption by the ruling politicians. What they wanted was to stop talking about corruption in CDF (Constituency Development Funds) at the disposal of the then member of parliament from North Meru.

Also, in Kenya, and especially in the Ameru community I belong to, women are not supposed to get leadership positions. I've been training women in my constituency to be able to take up leadership positions – not only in politics but in factories, churches, business and other walks of life. When I decided to run for the parliamentary seat, I was only trying to put my talk into action and women in my community enthusiastically supported my participation in politics.

Public opinion was against the incumbent MP who was trying every trick to snub opposition. He had planted dummy candidates in the constituency. Before the attack, I was pressured many times to quit, harassed and even told that I could be given better, more lucrative opportunities. The physical attack cam when all that failed.

IPS: Do you know your assailants and was any action taken against them?

FT: The local administration was directly involved. One of the five men who attacked me was a senior police administration person. I recognised and identified him at the police station. They were arrested but released the same day. Since then the case has gone cold on technical grounds. They are still free. But the incumbent minister lost the election and much of that is due to the ugly tactics he employed for his re-election.

IPS: How does violence affect women's participation in leadership and politics?

FT: The violence comes in many forms. First, in Kenyan culture and society women are supposed to be seen not heard. It is not confined to politics. It's the same in village communities, in factories, in churches. That's why there are only 21 women in a parliament of more than 200.

Secondly, acts of violence or threats thereof have, over time, discouraged most women already in politics from mentoring fellow women who aspire to be politicians.

Thirdly, women are considered soft targets and vulnerable to intimidation. This intimidation is not always physical but enough to deter women from taking part in politics, not only at the parliamentary level but also locally and the lower tiers of governance. All forms of violence push women leaders to the margins.

IPS: What kind of support do women political activists get from their parties?

FT: After the attack, my party (Orange Ddemocratic Movement-ODM-Kenya) gave me a direct free nomination to contest the seat. Overall, the party backed me fully and was very supportive during my ordeal.

However, at the level of policymaking and internal organisation, all three main political partiesùthe Party of National Unity (PNU), ODM of Prime Minister Raila Odinga and ODM-Kenya of Vice-president Kalonzoùdo not go beyond hollow words. All three parties have beautiful manifestos on women issues.

But in practice politics in Kenya and within all parties is still run as a 'big boys club'. Each party has a women's wing which, on paper, sounds great but in reality serves to sideline women politicians and stop them from taking part in actual decision-making. All important decisions are taken in late night meetings by small cliques of men over a drink.

IPS: What triggered the wave of violence that followed the December 27 elections?

FT: The skirmishes were not spontaneous; they were planned and politicians from different parties were the planners. Where did the money come from to set up the so-called youth 'cells'? Who armed and used the youth to commit violence against their neighbours? Who incited them? It's an open secret.

Sadly, now those very people are travelling all over the world to market Kenya. Some parties had run their campaigns on promises of driving out 'outsiders' to their native lands. Politicians used the youth to gain power and they've got it. It's the people of Kenya who have lost, even though it was the politicians and political parties that orchestrated the violence.

IPS: What is your view of the grand coalition that has been formed after the peace deal brokered by former UN chief Kofi Annan?

FT: I call it the 'Grand-greed Coalition'. It may have brought peace in the short-term but it is not a solution to Kenya's problems. In fact, the nature of this coalition has aggravated the crisis for the common man, the wananchi. Taxpayers are paying for a bloated cabinet which the country does not need. Over 40 cabinet ministers and an army of assistant ministers is a burden on the economy for which the wananchi pays.

One shilling from every loaf of bread a woman buys goes to fund this oversized grand coalition.

This coalition has virtually wiped out the role of opposition, which is an integral and critical part of any democracy. With no opposition, how can you keep a check on government? Who'll criticise government policies and spending if all the big boys are sharing power? This deal is a death-knell for the hopes of a multiparty democratic system in Kenya.

IPS: How is your case similar or different to the less-known cases of torture against ordinary women?

FT: They attack women who they think will excel. I consider myself fortunate that I had my party on my side. But the general political culture is not so supportive of women. I can tell you about Alice Wahome who was beaten in the PNU headquarters in front of her party men and everyone just stood there and watched. One of her woman colleagues called police and it took two vehicles full of police to rescue her. As I said, words and manifestos that come out of male-dominated political parties are sweet and beautiful but their deeds are not so.

That's why we are focusing on women and youth to strengthen the democratic movement and change things locally. We, the women, have to be at the roots of party structures and let ourselves be heard.

IPS: How have you been able to cope with the tragedies and personal grief you've had to endure during the last one year?

FT: I'm a strong woman and I'm a believer and a spiritual person. They could have killed me but they could not kill my spirit. Still, I could not have gone through it without the care and kindness of my friends, particularly those at the Centre for Multiparty Democracy. Civil society activists spoke on my behalf to people all over the world, they fought my case. I have recovered well physically but once in while I have to go for therapy.

FT: I've been writing about my experience in politics. My book is about to be launched. I'm also working with youth projects to keep them away from violence. I believe even the youth who are seen to be perpetrating violence are in fact victims themselves.

Then, under the National Accord, a new constitution shall be framed and put to referendum within 12 months. We don't want to leave the constitution to politicians. We, members of the civil society, have to be the watchdogs. We'll make sure that the new constitution is made for the people of Kenya, not for politicians.