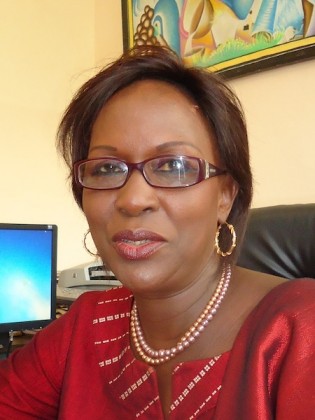 By Isaiah Esipisu
Talata Nsor, a 54-year-old woman from Bolgatanga community in Northern Ghana, has been weaving the cultural Bolga baskets, which are named after her community, her entire life.

By Protus Onyango
Deputy Chief Justice of Kenya’s Supreme Court Nancy Baraza, who made history as the first woman appointed to the post, has begun overhauling the country’s judiciary.

By IPS Correspondents
African women who bear the brunt of the continent’s conflicts now demand to play a defining role in peacekeeping.

By Isaiah Esipisu
Agnes Kalunda’s doctor feared that because of her slight frame there was a high chance of her developing complications during delivery.

By Kristin Palitza
While many scientists, academics and politicians still theorise about ways to adapt to climate change, a South African civil society organisation has launched a hands-on project that mobilises communities to take easy steps to reduce carbon emissions.

By IPS Correspondents
Although there is a female presidential candidate contesting Zambia's Sept. 20 general elections, her prospects are not strong. And in fact, fewer women overall are likely to be elected into public office this year, analysts say.

By Terna Gyuse
Only six sub-Saharan African countries have failed to reduce the number of women dying in childbirth over the last two decades. High-spending South Africa is among them, with maternal mortality rates more than quadrupling since 1990. Human Rights Watch researcher Agnes Odhiambo says this is largely due to a lack of accountability.
Next Page »
ADVERTISEMENT ADVERTISEMENT