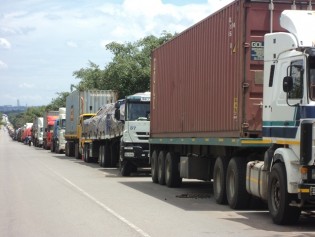 By Eprahim Nsingo
As social movements blasted the "new green economy" proposed at Rio+20 this week, environmental activists in Zambia worried about the role that poor people, especially those in rural areas, are going to play in it.

By Eprahim Nsingo and Lwanga Mwilu
The election of Michael Chilufya Sata as Zambia's new president shows that Zambians are more interested in issues of accountability and transparency than mere service delivery, say analysts.

By Lwanga Mwilu and Eprahim Nsingo
Only two incidents of violence, triggered by the late start of voting and the suspicion of electoral fraud, were reported as Zambians went to the polls to elect a new president and government on Tuesday.

By Eprahim Nsingo
Zambia has enjoyed economic growth of around six percent per year over the past decade, says Patrick Mucheleka, but the government is failing to translate this into social and economic development for the majority of citizens. The upcoming conference on least developed countries in Turkey offers an opportunity to recalibrate the country's approach to development.

By Eprahim Nsingo
Mbuya Erica Chirimanyemba is a marvel among women, and men! Watching her digging holes in dry ground earlier this year, her neighbours thought the old lady had gone berserk. But 60-year-old Chirimanyemba was putting an alternative farming technique into practice.
ADVERTISEMENT ADVERTISEMENT