FORT LAUDERDALE, Florida, U.S., Jul 31 2008 (IPS) - "There would be no white sands on the beaches of Cancún without the Mesoamerican reef," Professor Roberto Iglesias-Prieto, a marine ecophysiologist working at the Institute of Marine Sciences and Limnology of the National Autonomous University of Mexico, told Tierramérica. 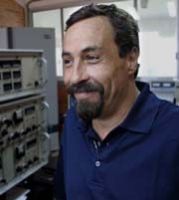 Tourism is Mexico’s third leading source of revenue, and the country needs to invest much more in protecting its valuable coral systems, says the expert. But to explain the problems that coral reefs face "it is not enough to be an ecologist; one has to be an economist and political scientist as well," he adds.

The Mesoamerican reef, which is off the Yucatán Peninsula and is shared by Mexico, Belize, Guatemala and Honduras, extends 1,100 kilometres, making it the largest in the Atlantic Ocean and the second largest in the world, after the Great Barrier Reef east of Australia.

Corals are crucial for the health of oceans and are home to 25 to 33 percent of marine life. The livelihoods of one billion people rely on coral reefs, directly or indirectly.

But the reefs are dying as a result of excessive fishing, pollution and climate change, which is heating up the water and causing acidification.

Few coral reefs will be healthy beyond 2050 if significant reductions in emissions from the burning of fossil fuels do not occur in the near term, most experts in this field agree.

ROBERTO IGLESIAS-PRIETO: There are several protected areas, but most of these allow multiple uses such as recreation and fishing. Unfortunately there has been no real commitment or investment by the federal government in reef protection and management. Reefs like the Mesoamerican provide services worth billions of dollars such as attracting tourists, providing hurricane protection, and preventing shoreline erosion.

The beachfront in Cancún (southeastern Mexico) is incredibly valuable. The tourists are mostly going to the beaches, not the forests, yet the forests are the focus of the country's conservation policies.

TA: How are you trying to change this?

RIP: I appear before the federal and state governments and try to convince them to invest in reef protection and management. Right now a small fee that tourists pay is about all that is available. Unfortunately, governments do not see coral reef conservation as a priority, but I am trying to change that by showing the economic benefits of reefs. It's not enough to be an ecologist; you also have to be an economist and a political scientist.

TA: Your own research is on how corals use light. Can you explain?

RIP: Corals are fantastic light traps. They are far more efficient at using light energy from the sun than plants on land. Corals harvest light and spread it internally to supply their symbionts (algae) with light energy. The symbionts are what give corals their incredible colours and transform light into nutrients for the corals to live on.

TA: Corals in the Caribbean region have been dying or bleaching in recent years. Why?

RIP: Corals are very sensitive to environment changes. Climate change is warming the surface water of oceans. Raise water temperatures around corals by only 1.5 C degrees higher than the average summer temperature and that's it. Corals bleach because they lose their symbionts and they die without them.

TA: What do you mean when you say corals are "the marine canaries in the coal-mine"?

RIP: Corals are clear evidence of the impact of climate change. If we don't take action and we lose them, we will be fighting for our survival. We have to keep insisting and telling people that.

RIP: We're a developing country, we want to burn more oil, export it to make money so we can develop and live a happy life. And yet there is this nightmare where those emissions will, in a few decades, mean we will lose the "beautiful monsters" – the corals and the amazing creatures that live in the reefs.

TA: With things as they are, what are your thoughts about the future?

RIP: I have witnessed the destruction of entire coral ecosystems in my life. And the future does not look that bright. When I talk to school children I feel like I am telling them a horror story about what is happening to coral reefs and the challenges of climate change. I tell them they have to fight. They can change this by reducing their ecological footprint and demanding a green agenda from politicians.

TA: If you could write the headline for corals and climate change, what would it be?

RIP: Corals are in deep trouble but good management and protection can buy them time until we find ways to reduce carbon emissions