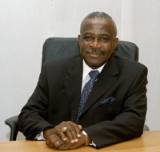 The participation of the most vulnerable people is essential for Haiti's development programs, says Kanayo Nwanze, vice-president of the International Fund for Agricultural Development (IFAD), which this year earmarked 10.2 million dollars for aid to help the poorest country of the America's survive its food crisis.

More than 240,000 small impoverished farmers will receive a package with seeds for vegetables and cereals, manioc, sweet potato and banana, with the aim of increasing the availability of food in 2009 in this Caribbean nation, thrashed in recent months by a series of storms and hurricanes — which only worsened the food shortages.

TIERRAMÉRICA: What was IFAD's commitment to poor farmers in this region prior to the widespread losses in recent months caused by weather disasters?

KANAYO NWANZE: We normally work on medium to long term projects, such as support for small-scale irrigation, which are aimed at improving the long term food security of Haiti and making farmers there more resilient to changing conditions, especially farmers in isolated or marginal areas.

The participation of the most vulnerable groups in the planning and management of development programs in Haiti is very important for IFAD. This means training program staff, private and public partners and beneficiaries, and strengthening dialogue between the rural poor and local government.

Over the past 30 years of working with the rural poor in Haiti, IFAD has financed seven projects with approved loans totaling 84.3 million dollars and has provided grant support to local organizations for a total of 2.2 million.

TIERRAMÉRICA: In what ways will the 10.2-million-dollar plan help Haiti’s farmers?

KN: The priority is to have a quick impact on local production and increase the availability of basic food products in the markets. Through our sister agency FAO (Food and Agriculture Organization) over 240,000 smallholder farmers will receive a package comprising, among other inputs, vegetable seeds, cereal seeds, manioc, sweet potato and banana plants. National capacity for seed production will be strengthened in an effort to improve food security across the country.

TIERRAMÉRICA: How does this tie in with other longer-term projects to help poor rural people in Haiti?

KN: The most recent project (27 million dollars) is set to rehabilitate collective irrigation systems used by thousands of poor small farmers in two of the country’s poorest areas: the Northeast and Northwest provinces.

IFAD is responding to a clear need for improved practices, especially regarding more efficient water management. Despite wide deforestation and erosion there is still enormous potential in the Haitian soil. If we can just get water to the small farming plots, which are widely spread out, then even without fertilizers farmers can significantly boost yields, to three harvests per year instead of one.

IFAD will continue to work with water users' associations to take on the management responsibilities of the irrigation system. The project will also help to establish a national water management program for agriculture.

TIERRAMÉRICA: Remittances from the Haitian diaspora, mostly in the United States, are a lifeline for many poor people in isolated areas. But there is concern that the global economic slowdown may adversely affect remittance flows.

KN: A report by the Inter-American Development Bank indicates that after double-digit growth for years, this year the value of remittances from the U.S. to Latin America and the Caribbean is expected to decline in real terms.

This is very worrying for the many Haitian families who depend for their daily needs — food, shelter and education — on the money sent from friends and relatives abroad.

On opening the account, the customer authorizes Fonkoze to invest the balance of the account in micro-loans for rural community projects. The card is an integrated, more efficient way of channeling money back home and costs less than traditional remittance transfers.