WASHINGTON, Jun 23 2009 (IPS) - In the last week of October 1996, the Saudi secret police, the Mabahith, gave David Williams, the FBI's assistant special agent in charge of counter-terrorism issues, what they said were summaries of the confessions obtained from some 40 Shi’a detainees. 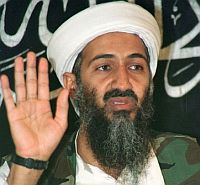 Osama Bin Laden's associate in al Qaeda, Yusuf al-Uyayri, was initially detained by the Saudis, but later released over the objections of U.S. officials. Credit:

The alleged confessions portrayed the bombing as the work of a cell of Saudi Hezbollah that had had carried out surveillance of U.S. targets under the direction of an Iranian Islamic Revolutionary Guard Corps officer before hatching a plot to blow up the Khobar Towers facility.

But the documents were curiously short of the kind of details that would have allowed U.S. investigators to verify key elements of the accounts. In fact, Saudi officials refused even to reveal the names of the detainees who were alleged to have made the confessions, identifying the suspects only by numbers one through six or seven, according to a former FBI official involved in the investigation.

Justice Department lawyers argued that the confessions were completely unreliable, and unusable in court, because they had probably been extracted by torture. At Attorney General Janet Reno’s insistence, both Reno and FBI Director Louis Freeh said publicly in early 1997 that the Saudis had provided little more than "hearsay" evidence on the bombing.

There were also major anomalies in the alleged confessions of Shi’a plotters that should have aroused the suspicions of FBI investigators.

What was peculiar about that account is that on Apr. 17, 1996, Saudi officials had announced that they had found explosives in a car at the border with Jordan on Mar. 29, and said that "a number of people" had been arrested. And four days later, Saudi Interior Minister Prince Nayef had announced the arrest of four men in the bombing of the Office of the Programme Manager of the Saudi National Guard in Riyadh on Nov. 13, 1995. Their confessions were broadcast on Saudi television that same day.

In the announcement of the arrests, reported by the New York Times, Nayef referred to the arms smuggling attempt of Mar. 29, saying it was still not clear if the November blast in Riyadh and the smuggling attempt were related.

That statement had clearly implied that Saudi officials had reason to believe that there was a link between the jihadist network believed to have carried out the Riyadh bombing and those who had been caught after the Mar. 29 explosive smuggling attempt.

After the Khobar bombing, however, the Saudis began to link the interception of explosives in late March to the Shi’a they were saying had carried out the Khobar Towers bombing.

One day in July, according to a former Clinton administration official, Freeh came into the White House situation room livid with anger, telling officials there he had just learned that the Saudis had arrested a Saudi Hezbollah activist in March with concealed explosives and had discovered the Shi’a plot to bomb Khobar Towers.

Nayef’s statement suggesting a possible tie to the Riyadh bombing of the previous November was a deliberate deception of the United States, which the Saudis never explained to U.S. officials. "We asked why they didn’t tell us about this earlier and didn’t get an answer," says Williams.

If the Saudis had actually arrested the four Saudi Hezbollah members who had been ordered to carry out the bombing, as they later claimed, it would have been known immediately to the rest of the Saudi Hezbollah organisation, which would obviously have called off the bomb plot and fled the country.

Further undermining the Shi’a explosives smuggling and bomb plot story is the fact that the Saudis had secretly detained and tortured a number of veteran Sunni jihadists with ties to Osama bin Laden after the bombing.

The Sunni detainees over Khobar included Yusuf al-Uyayri, who was later revealed to have been the actual head of al Qaeda in Saudi Arabia. In 2003, al-Uyayri confirmed in al Qaeda’s regular publication that he had been arrested and tortured after the Khobar bombing.

A report published in mid-August 1996 by the London-based Palestinian newspaper Al Qods al-Arabi, based on sources with ties to the jihadi movement in Saudi Arabia, said that six Sunni veterans of the Afghan war had confessed to the Khobar bombing under torture. That was followed two days later by a report in the New York Times that the Saudi officials now believed that Afghan war veterans had carried out the Khobar bombing.

A few weeks later, however, the Saudi regime apparently made a firm decision to blame the bombing on the Saudi Shi’a.

According to a Norwegian specialist on the Saudi jihadi movement, Thomas Hegghammer, in 2003 – shortly before al-Uyayri was killed in a shoot-out in Riyadh in late May 2003 – an article by the al Qaeda leader in the al Qaeda periodical blamed Shi’a for the Khobar bombing.

In a paper for the Combating Terrorism Center at West Point, Hegghammer cites that statement as evidence that al Qaeda wasn’t involved in Khobar. But one of al-Uyayri’s main objectives at that point would have been to stay out of prison, so his endorsement of the Saudi regime’s position is hardly surprising.

Al-Uyayri had been released from prison in mid-1998, by his own account. But he was arrested again in late 2002 or early 2003, by which time the CIA had come to believe that he was a very important figure in al Qaeda, even though it didn’t know he was the leader of al Qaeda in the peninsula, according to Ron Suskind’s book "The One Percent Doctrine".

In mid-March 2003, Suskind writes, U.S. officials pressed the Saudis not to let him go. But the Saudis claimed they had nothing on al-Uyayri, and a few weeks later he was released again. The head of al Qaeda in Saudi Arabia and the Saudi secret police were playing a complex game.

The question of how the alleged plotters got their hands on roughly 5,000 pounds of explosives – the estimated amount in the truck bomb – was one of the central questions in the investigation of the bombing. But interviews with six former FBI officials who worked on the Khobar Towers investigation revealed that the investigation had not turned up any evidence of how well over two tonnes of explosives had entered the country.

Not one of the six could recall any specific evidence about how the alleged plotters got their hands on that much explosives. And one former FBI official who continues to defend the conclusions of the investigation flatly refused to tell this writer whether the investigation had turned up information bearing on that question.

If the Saudi Hezbollah group had actually been plotting to bring the explosives into the country by hiding them in cars, they would have had to get more than 50 explosives-laden cars past Saudi border guards who were already on alert. There is no indication, however, that any additional cars with explosives came across the border in the weeks prior to the bombing.

(This is the second of a five-part series, " Khobar Towers Investigated: How a Saudi Deception Protected Osama bin Laden". The work on this series was supported by the Fund for Investigative Journalism.)

*Not for publication in Italy.