Q&A: The Two Faces of Agriculture

BERLIN, Feb 14 2010 (IPS) - The challenge of the 21st century is to transform agriculture into a good administrator of biodiversity and reverse its destructive capacity, without restricting its mission to feed a growing world population, said Achim Steiner, executive director of the United Nations Environment Programme. 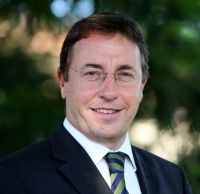 Like the Roman god Janus, whose two faces look in opposite directions, agriculture can either protect the planet’s biodiversity, or decimate it with the irrational use of chemical inputs and the reduction of soil fertility.

According to the U.N., some 150 species disappear every day, victims of human activities – including rural production – that cause climate change and transform ecosystems.

Tierramérica spoke with the head of UNEP in Berlin, on the occasion of the launch of the International Year of Biodiversity, which is calling attention to the urgent need to protect and conserve the great variety of flora and fauna on Earth.

Q: Agriculture is indispensable as a producer of food, but potentially dangerous for biodiversity. A: That’s right. The increasing importance of agriculture caused by a growing global population means that the spaces vital to many species of flora and fauna are increasingly limited. In that sense, agriculture poses a danger to biodiversity.

For example, each year, there are billions of dollars in losses resulting from irrational agriculture, which destroys the fertility of the soil. The over-use of chemical products like pesticides, herbicides and others, contributes to the elimination of many useful organisms.

We can stop that process of erosion and annihilation of species if we apply other models to make optimal use of those 20 centimetres of the earth’s crust necessary to produce the food that we need.

With those alternative models, agriculture offers great potential for protecting plants and animals.

Farmers can be excellent managers of natural resources and of different ecosystems. The challenge of this century is how to compensate farmers so that they continue producing the necessary goods for humanity and, at the same time, help conserve and protect ecosystems, which are also crucial for our survival.

Q: You have talked about organic farming. A: It is an example of how to work with the land in harmony with nature. It is an attempt, using science and sustainable resource management, to make use of the soil’s fertility without destroying nature.

But I don’t want to give the idea that the challenge is reduced to a dichotomy between organic and traditional farming. The borders between them are porous and one can learn from the other. It is a matter of ensuring the production of food for a growing number of inhabitants of the planet while also protecting nature and biodiversity.

Q: But the negative impacts of agriculture can be very different. For example, the major emissions of greenhouse gases it produces, which contribute to climate change. A: Yes, agriculture today is responsible for 15 to 18 percent of the total greenhouse gases emitted in the world.

Take a look at any crop. The tractors come and go, consuming fossil fuels and emitting carbon dioxide, the same as the transport of vegetables and other farm products, as well as the production of fertilisers, pesticides and herbicides. And livestock emit methane gas.

For these reasons, and for all sectors of the economy, we need to take stock of the carbon dioxide emissions generated by agriculture.

Based on that, we will be able to compare which agricultural models have the best results in terms of the environment, and then we can provide incentives for farmers who have a high negative balance to adopt an alternative system that allows them to reduce emissions, or even capture those gases through other land uses, such as planting forests.

Q: But is it enough to talk about the need to protect fauna and flora to convince farmers and national leaders to change those models? A: Sure, concepts like “biodiversity” and “ecosystems” can seem abstract to many people. But they are directly related to concrete economic benefits for millions of people.

For example, the multiple economic benefits generated by coral reefs and the variety of animals that rely on them directly to survive are not sufficiently valued by economic officials, at the national or international level.

But coral generates benefits of up to 189,000 dollars a year per hectare, solely in terms of protecting coasts and natural mitigation of risk. To that we have to add income from tourism, fishing and the supply of genetic materials, among others, which easily surpass a million dollars per hectare per year.

Q: Despite all of this, biodiversity continues its decline. Officially, it has been confirmed that we will not reach the goal set in 2003 to halt the process by 2010. A: For that same reason I urge the governments of the world to renew their commitment and to set ambitious goals. The urgency of the situation requires the international community not only to halt the rate at which species are disappearing, but also to restore the environmental infrastructure destroyed in the past 100 years.