MEXICO CITY, Sep 30 2011 (IPS) - Despite the growing participation of women in forestry projects in Mexico, the national strategy for the United Nations-led REDD+ forest plan in this country lacks a gender focus.

Women involved in forest initiatives in different parts of Mexico told IPS that they were not familiar with REDD+ (Reducing Emissions from Deforestation and Forest Degradation), and said the government of conservative President Felipe Calderón had not consulted them on designing programmes for the possible implementation of the strategy in 2012.

“I don’t know anything about that project. No one has explained it to me,” Alma Reyes told IPS. She is secretary of the common lands committee – a local government body – in San Miguel and Santo Tomás Ajusco, communities to the south of Mexico City that include 7,600 hectares of forest in their territories. 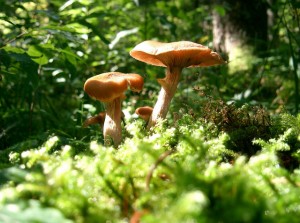 REDD+ is aimed at conservation of biodiversity and boosting carbon storage in forests by supporting developing countries financially and technically, but very few women in Mexico now about the programme. Credit: Public Domain

REDD+, initially launched in 2008 by the U.N. Food and Agriculture Organisation (FAO) and the U.N. Development and Environment Programmes (UNDP and UNEP, respectively), is aimed at conservation of biodiversity and boosting carbon storage in forests by supporting developing countries financially and technically, to either prevent deforestation or regenerate forests through reforestation and afforestation.

The government is designing the national REDD+ strategy, and one of the principles of the draft document, which is in the stage of discussion among the different actors involved, refers to inclusion and equity (territorial, cultural, social and gender-related).

About 65 million hectares in Mexico are covered by forest. The authorities say the country loses some 150,000 hectares of forest annually, but Greenpeace and other environmental organisations put that figure above 300,000 hectares a year.

This Latin American country of 112 million people emits 709 million tons a year of carbon dioxide (CO2), one of the main greenhouse gases responsible for global warming, 16 percent of which comes from agriculture and deforestation.

The National Institute of Statistics indicates that annual emissions related to agriculture and deforestation – euphemistically called “land use changes” – ranged between 69 and 86 million tons of CO2 between 1990 and 2006.

Francia Gutiérrez, a leader of the Consejo Nacional de Organizaciones Campesinas (National Council of Campesino Organisations), which groups six organisations of campesinos or small farmers, told IPS that women in local communities have no idea what REDD+ is.

“They have been left on the margins,” she said. “They haven’t received information and they haven’t been consulted. Due to that lack of information, they see it as a threat.”

Mexico will be carrying out one of the eight pilot projects under the Forest Carbon Partnership Facility (FCPF), an alliance of 28 nations, NGOs and international organisations that funds the reduction of emissions caused by deforestation and forest degradation.

Under this scheme, Mexico will receive 3.6 million dollars, once it meets all the requirements and signs the final document. According to the latest FCPF report, five pilot projects will be set up to test the REDD+ programme in the states with the highest levels of deforestation, although little information on this is available.

The national strategy aims to cut back on carbon dioxide emissions by up to 41.8 million tons by means of forestry initiatives, and nearly 4.7 million tons by adopting measures in the areas of livestock and agriculture, by 2012.

“Women are not familiar with the programme. And projects are incomplete if they do not involve women. We have to ask ourselves what it means to train women to work in the forests, if they are not allowed to take part in decision-making,” Erika Barrón, a consultant who has worked with women in forestry for over 10 years, told IPS.

Mexico has set itself a goal of zero emissions from deforestation by 2020, and of significant reduction in the rate of forest loss, while the country “will have maintained biodiversity in the national territory, strengthened the social capital of its rural communities, and promoted economic development through sustainable progress in rural areas,” the draft document for the national REDD+ strategy says.

Of the 2,300 local communities in Mexico that produce timber under forest management plans, 600 have their own saw mills or furniture-making companies, according to the Mexican Council for Sustainable Forestry (CCMSS).

“We want to get more women involved in caring for our natural resources, and we want them to be included in an equitable manner,” said Reyes, the first woman to hold a post in the Comisariado – the local government council – in San Miguel and Santo Tomás Ajusco. “We must keep up the fight, because we have to be included.”

In a report published in June, Leticia Guimaraes, Matthew Ogonowski and Diana Movius with the Washington-based Center for Clean Air Policy said REDD+ has good potential for reforestation, generating job opportunities, and empowering groups of women and economic associations.

The report, “REDD+ Design in Cambodia, Indonesia and Mexico: Lessons to Inform International REDD+ Policy Development”, also identifies challenges and barriers like limited funding, carbon quantification, even distribution of payments that do not reward high performers, areas highly vulnerable to climate change, and an expansion of pasture land for cattle production.

Women “help protect forests, but they could be left out of the scheme,” said Gutiérrez.

“We haven’t been able to get across the concept of how women use and protect forests. We have to learn to develop gender projects that are not simply focused on the number of women participating,” Barrón said.

The U.N. Framework Convention on Climate Change (UNFCCC)‎ signatory countries are meeting Oct. 1-7 in Panama City in the last large-scale talks prior to the U.N. Climate Change Conference (COP-17) in late November and early December in Durban, South Africa.

The Mexican government will present its REDD+ national strategy in Durban.