Gene Patents “Like Trying to Keep Water in a Sieve”

WASHINGTON, Oct 21 2011 (IPS) - If the U.S. Supreme Court agrees to hear a case on gene patents, observers say the resulting face-off – between a large genetics testing company and a vocal coalition of breast cancer patient advocates – will have a massive impact because of what is at stake: valuable information about the human genome. 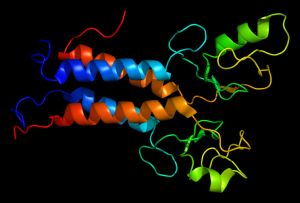 Last week, the American Civil Liberties Union (ACLU) announced they will ask the Supreme Court to rule on the gene diagnostics company Myriad Genetics’ patents on “isolated” BRCA-1 and BRCA-2 genes, two genes that can have mutations linked to breast and ovarian cancer, as well as prostate cancer for some populations.

Myriad’s gene patents allow it to hold exclusive rights in the U.S. to test the BRCA-1 and BRCA-2 genes for the mutations that indicate a particular patient has a higher risk of developing cancer. The mutations, which occur in five to 10 percent of breast cancer cases, give women an 85-percent risk of developing cancer compared to a 10- percent risk in the general population.

The group of 20 plaintiffs in the case, including geneticists, pathologists, and breast cancer survivor advocates such as Breast Cancer Action (BCA), represented by the ACLU, maintain that the patents block patient care because patients can’t get second opinions and that access to the expensive tests is stacked against the poor.

In September, Myriad sent the following statement to IPS: “Myriad offers a number of financial assistance programs to help uninsured and underinsured patients, including interest-free payment programs that require less than 30 dollars per month for BART testing.”

Myriad had no comment on the Supreme Court case.

But more than just a footnote in the annals of business or intellectual property (IP) law, stakeholders say the case, if the Supreme Court agrees to hear it, would have a ripple effect on biology, patient groups, and an industry betting billions on growth in “personalised” medicine and individual genetic diagnoses.

A leading industry group, the Biotechnology Industry Organisation (BIO), threw its full support behind Myriad Genetics, and supporters of gene patents say they help research and development (R&D) in the sector.

Discussions of R&D in the biotech sector – and its promise of jobs and economic growth – are also increasingly tied to broader national economic policy. Last month, the administration of President Barack Obama announced development of a “Bioeconomy Blueprint” for “building the U.S. bioeconomy.”

One of the main pillars of the ACLU’s argument is that patents block other researchers and gene sequencers, in an era of decreasing cost and increasing ease of full-genome sequencing, from looking at the genes to see how they relate to the full genome or to other breast cancer mutations.

“When Myriad started enforcing their patents, they shut down all other labs, including our lab at Yale,” (from doing BRCA sequencing), Ellen Matloff, a plaintiff in the case and head of genetic counseling at Yale Cancer Center, told IPS.

Misha Angrist is a professor at the Institute for Genome Sciences and Policy at Duke University and author of the book “Here is a Human Being: At the Dawn of Personal Genomics”. He has studied how gene patents played out in a disease called Long QT Syndrome (LQTS), which has a genetic link that causes an irregular heartbeat and can cause sudden death.

The genes linked to susceptibility for the disease were discovered by the University of Utah in the 1990s, according to Angrist. The university eventually licensed patents on those genes to a private company, DNA Sciences, which then sold its assets to Genaissance Pharmaceuticals. That company and its patents were eventually were “swallowed” by another company called Clinical Data.

However, “there was a period when DNA Sciences and Genaissance controlled the IP related to the Long QT susceptibility genes and enforced their IP rights against other labs that were doing homemade Long QT tests,” Angrist told IPS.

That period began in 2002 and lasted for less than two years. Angrist and a group of colleagues continued to urge Clinical Data to make its mutation data public, and in 2008 the company complied.

Angrist said that while reports show 20 percent of the human genome has been patented, most of those patents have never been enforced or used to block research. He said patent-holding companies usually do not have a big enough incentive to enforce their patents.

A particular set of circumstances has to coalesce to make a patent worth enforcing, according to Angrist: the gene should have a mutation that substantially raises a patient’s risk, it should be prevalent, and there should be interventions available that directly treat or cure a patient.

For Myriad Genetics, the BRCA-1 and BRCA-2 fit that bill.

“Hereditary breast cancer and Long QT Syndrome are exceptional as cases where patents are relevant,” Angrist said. “They are common enough that companies like Myriad see a very profitable product and lots of money to be made.”

Gene patent supporters argue gene patents don’t block research, but rather give researchers incentives to “undertake the research investment necessary to create and market these products and services,” according to a brief written in support of Myriad genetics by the Pharmaceutical Research and Manufacturers of America (PHRMA), and provided to IPS.

But others point out that research behind gene patents is often undertaken with public money, such as in the Long QT case, by The University of Utah.

Gene patent supporters also argue that patents give other researchers an incentive to improve their own research by forcing a “would-be copyist to ‘design around’ the claimed invention,” according to the PHRMA brief.

But Angrist quotes an old adage that “you can’t invent around a gene”. He said he thinks the end of gene patents is on the horizon, possibly within this decade. He pointed out that sequencing is getting cheaper and said patents expire on their own anyway, ultimately dying of “natural causes”.

“There will come a day when people will be able to do this (gene sequencing) in their garage and, in that case, how does any company enforce its patents?” Angrist told IPS. “This is like trying to keep water in a sieve.”

*This story is the second of a three-part series on gene patenting.